The Hong Kong-listed developer plans to sell 452 million new shares, or 8.3% of the enlarged share capital, to controlling shareholder Sunac International Investment Holdings, it said in a filing to the Hong Kong bourse.

The new shares will be issued at HK$10 apiece, representing a 15.3% discount to Wednesday’s closing price of HK$11.80 each.

Shares of Sunac tumbled 22% in afternoon trade to HK$9.2, versus a 0.2% decline in the broader market

A source close to Sunac told Reuters the company has no more plan in the near term to place its shares or shares in unit Sunac Services to raise capital, adding it has sufficient funds to meet debt payment obligations due in the short term and for project development.

Sunac China did not immediately respond to a request for comment.

Sunac last issued new shares and sold a stake in Sunac Services in November to raise a total of $948 million.

Sunac Services told investors on Tuesday it also had no share placement plan nor new connected-party transactions scheduled and it would resume share buybacks, according to a report by brokerage Jefferies.

In the latest share placement, the controlling shareholder will buy the new shares after selling the same amount of existing shares at the same price to third-party investors. 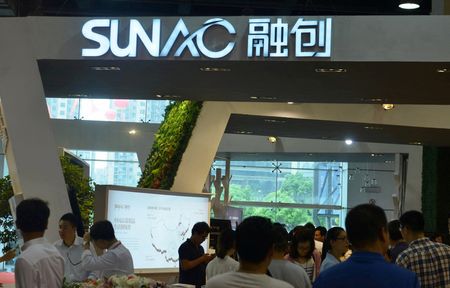