FRANKFURT (Reuters) -The chief executives of Germany’s two top banks, Deutsche Bank and Commerzbank, warned about inflation on Friday, while the chairman of BNP Paribas said the real issue is growth.

The bankers were speaking at a conference in Frankfurt as investors closely watch the European Central Bank for its reaction to accelerating inflation.

Sewing also said a reaction from the ECB was needed earlier than ECB President Christine Lagarde had just suggested.

But BNP Paribas Chairman Jean Lemierre said slightly higher inflation “would not be bad” and that there should not be an “endless discussion” about inflation.

“The real question today is not inflation but growth,” he said. 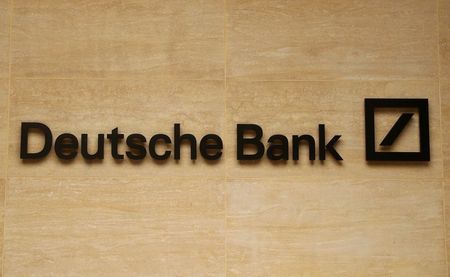