By Tracy Rucinski and Sanjana Shivdas

American Airlines also pointed to continued strength in leisure bookings on Thursday and said it was starting to see increased demand among small and medium sized enterprises and certain large corporate customers.

The market has mostly priced in the idea of a U.S. domestic leisure recovery and is now weighing the impact on airlines’ bottom lines after heavy losses in 2020.

“Shares are either back to pre-pandemic levels or close to, and earnings aren’t expected to return to those levels for at least another 18 months to two years,” Cowen analyst Helane Becker said.

One point of uncertainty continues to be the timing and strength of a recovery in business and international travel.

Speaking at a virtual Bernstein conference, Delta’s Bastian said: “I think there’s going to be a renaissance of business travel in our country, not just for the airlines, I think in general.”

He cited a strong desire for people “to get back out on the road and reconnect like never before,” something he said “technology can’t possibly replicate.”

But that does not mean that overall volume will be 20% to 30% lower from 2019, he said, as different types of business travel emerge.

Airlines have said, for example, that as more people work from remote places, they may make trips to the corporate offices once or twice a month.

“I think the lines actually will hold in just fine with where we were in 2019,” Bastian said.

Robert Isom, president of American, said that “advancements in technology ultimately drive a need for people to be together.”

American said it had positive adjusted cash flow in May for the first time since the pandemic began but still expects revenues to decline 40% in the second quarter versus 2019.

Delta said it expects a pre-tax profit in the second half of 2021 and forecast a second-quarter pre-tax loss of between $1 billion and $1.2 billion, compared with an earlier expectation of between $1 and $1.5 billion loss.

It expects total adjusted revenue of $6 billion to $6.2 billion in the second quarter, versus Wall Street estimates of $6.2 billion.

(Reporting by Sanjana Shivdas in Bengaluru and Tracy Rucinski in ChicagoEditing by Devika Syamnath, Frances Kerry and Steve Orlofsky) 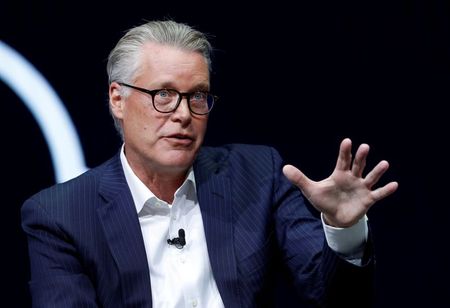 Toyota to curb more production in Japan as COVID spreads

Ericsson to invest in 6G network research in Britain