(Reuters) -Deere & Co said on Wednesday its latest offer rejected by the United Auto Workers (UAW) union is the U.S. tractor maker’s “best and final offer”, adding that it will keep all options open as the workers’ strike continues.

Workers at the Illinois-based company continued their three-week-old strike a day after they voted to reject a second contract between Deere and the UAW union that bumped up wages and bonuses.

“We’re focused on getting our employees back to work through an agreement, and as such we’re not ready to discuss detailed next steps, but all options are on the table,” Deere said in a statement, but did not mention whether it will replace workers to restart operations.

Deere and the UAW union will continue to have talks, a Deere spokesperson told Reuters on Wednesday.

UAW had said the strike will continue after 55% of the workers voted down the agreement.

Workers at 12 facilities in Illinois, Iowa and Kansas rejected the second tentative agreement, prolonging the first strike by the UAW union since 1986, which had lasted for 163 days.

The union said on Wednesday it was too early to comment on its next steps.

Deere would have invested an additional $3.5 billion in its employees through agreements reached with UAW, Deere Chief Administrative Officer Marc Howze said. It has forecast net income between $5.7 billion and $5.9 billion this year.

The world’s largest farm equipment maker added it will execute the next phase of its “Customer Service Continuation Plan”. It did not immediately elaborate on the details.

Deere has already implemented “cross-training” — or training salaried employees in production — to mitigate the loss of output due to the strike, a person familiar with the matter said.

This was an improvement to last month’s contract offer, which was rejected overwhelmingly by the workers, who then went on strike. 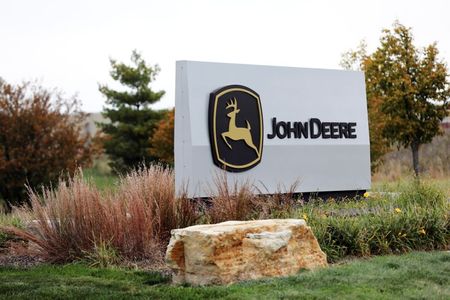 Walmart Canada to invest over C$500 million on store upgrades