HONG KONG (Reuters) -The government of Guangdong province is seeking feedback from major banks of debt-laden property developer China Evergrande Group about forming a creditor committee, as the company warned of a further plunge in profits, according to a news report on Thursday.

Financial intelligence provider REDD, citing two sources briefed by bankers, said that the government initiated discussions with banks last week but has yet to make a decision.

The formation of a creditor committee would allow the government to instruct banks and trust firms to extend their exposure, reduce borrowing rates and provide additional support to the company, REDD said, adding it would also be responsible for leading a debt restructuring should Evergrande default on a public bond.

Evergrande and China’s central bank did not immediately respond to requests for comment. The company is based in Guangdong, and is the county’s second largest developer, with a massive nationwide presence.

Evergrande has been scrambling to raise funds it needs to pay its many lenders and suppliers, with regulators and financial markets worried https://www.reuters.com/world/china/chinas-evergrande-group-says-will-maintain-stability-its-operations-2021-08-20 that any crisis could ripple through China’s banking system.

The central bank and banking watchdog summoned Evergrande’s senior executives last week and issued a rare warning that the company needs to reduce its debt risks and prioritise stability.

Local media Singtao Daily reported early this week that Evergrande was close to sealing a deal to sell its Hong Kong office tower to Guangzhou-based peer Yuexiu Property at a loss for HK$10.5 billion, but REDD said the provincial government has asked Yuexiu to suspend the purchase this week.

Highlighting its deteriorating finances, Evergrande said late on Wednesday it expected its six-month net profit to slump as much as 39% from a year earlier, dragged by a drop in its home selling prices and higher expenses.

Evergrande shares closed down 7.2% on Thursday at their lowest since July 2015, while Evergrande New Energy Vehicle stocks tumbled 18.7%. Shares of the car business have shed over 80% this year.

The developer, however, said an 18.5 billion yuan gain from the sale of some shares and marked-to-market holding in internet unit Hengten Networks had helped offset some losses.

The company is due to report its interim results on Tuesday.

(Reporting by Clare Jim in Hong Kong and Anushka Trivedi in Bengaluru; Editing by Himani Sarkar and Kim Coghill) 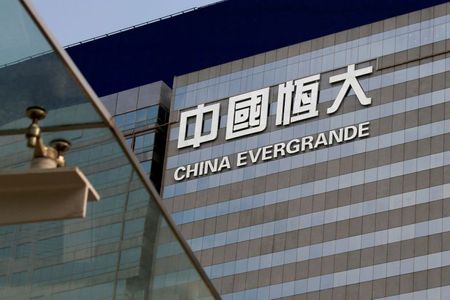 China tells Alibaba, Tencent to open platforms up to each other...

Yes, winning the Euros really can help your stock market