DAVOS, Switzerland (Reuters) – The European Union responded on Tuesday to U.S. moves to boost its energy transition with its own plans to make life easier for green industry, saying it would mobilize state aid and a sovereignty fund to keep firms from moving to the United States.

European Commission head Ursula von der Leyen told the World Economic Forum (WEF) annual meeting in Davos that the moves would be part of the EU’s Green Deal industrial plan to make Europe a centre for clean technology and innovation.

“The aim will be to focus investment on strategic projects along the entire supply chain. We will especially look at how to simplify and fast-track permitting for new clean tech production sites,” she said in a speech at the meeting.

“To keep European industry attractive, there is a need to be competitive with the offers and incentives that are currently available outside the EU,” von der Leyen added.

Birol said the U.S. Inflation Reduction Act (IRA), which was signed by President Joe Biden last year, would drive investment into cleaner energy and represented the most important climate deal since the landmark 2015 Paris Agreement.

This view was echoed by Larry Fink, chief executive of the world’s biggest asset manager BlackRock, who told an event on the sidelines of the WEF meeting that moves by the U.S. government to finance a faster shift in the world’s biggest economy, through the IRA was a “game changer”.

U.S. climate envoy John Kerry told a separate panel on financing the transition to a low carbon economy that the only way to avoid catastrophic damage caused by climate change was for governments and companies to spend big.

While European countries have welcomed the new commitment to energy transition by Biden’s administration, some fear it may disadvantage their companies.

“I understand the importance of the Act from a U.S. perspective but on the other side I should also think about European interests,” Jozef Sikela, the Czech minister of industry and trade, said on the same WEF panel as Birol.

Europe’s energy crisis, triggered by Russia’s invasion of Ukraine last year, has been felt across the 27-member EU, with gas prices almost 90% higher last year than the year before.

Sikela said European households and industries were paying the biggest bill for the global energy crisis, while the new U.S. legislation would pull away investors and force governments into a “dangerous” competition on subsidies.

Von der Leyen later told reporters that the proposed fund – an idea she first raised in September which does not yet have the support of all EU governments, notably Germany – would disburse both grants and loans.

She said that as the EU prepares to set up this fund – aimed at making domestic industries more competitive, especially against U.S. and Asian businesses – a bridging solution for the financing of green industry would also involve loans and grants.

“We need a very clear message and signal now to the clean-tech industry that Europe is their home and future and it’s worth to invest here,” she told reporters in Davos.

“As this will take some time, we will look at a bridging solution to provide fast and targeted support where it is most needed,” she said, without giving any details, adding that the Commission was pinning down the needs of the green industry.

But she rounded on European governments for taxing fossil fuel firms that were also developing renewable energy.

“With all due respect to Europe, I hate to say it but I have to say it, imposing windfall profit tax on the oil companies that are doing their best to grow wind and solar in Europe was not the smartest move, in my opinion,” Hollub said.

Subsidies are very important for the development of new technologies, she told the WEF panel with Birol and Sikela. 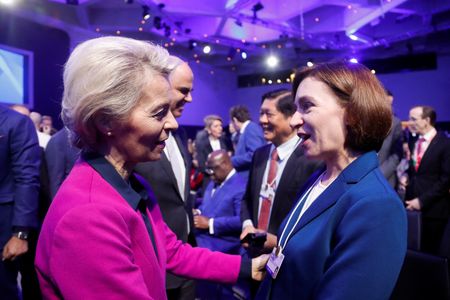 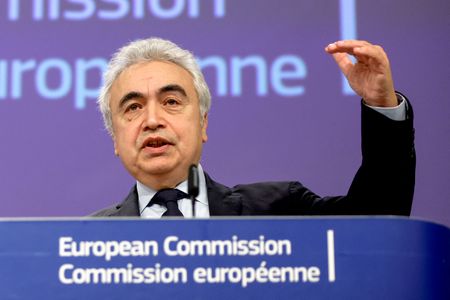