Paris-based think tank Organisation for Economic Cooperation and Development in 2021 rallied some 140 countries to support a revamp of cross-border tax rules to take better account of the emergence of big digital companies, such as Apple and Amazon that can book profits in low-tax countries.

Ocampo said the OECD-brokered deal, which is expected to take effect in 2024, did not adequately reflect the interests of many developing economies.

“The idea is to have a mechanism of real cooperation that will go over what we consider the frustrating results of the OECD negotiations of a couple of years ago,” Ocampo told Reuters on the sidelines of the World Economic Forum annual meeting.

“Only very large multinationals were captured by that regulation, which is too limited. And there is still a bias in favour of (countries that host) the headquarters of multinationals,” he said in Davos.

Ocampo said he was approaching Brazil and Chile initially with the proposal, and planned to discuss it with Mexico. The goal was to have a finance minister-level meeting of interested countries in July.

(Reporting by Mark John in Davos; Editing by Alexander Smith) 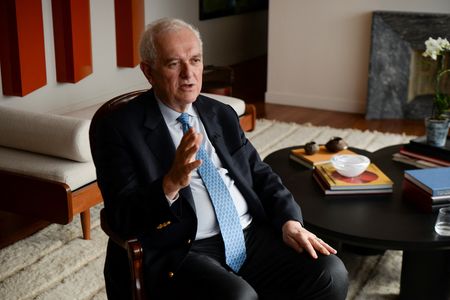 Russians held around $14 billion in U.S. securities at end-March –...