Home Business Daimler may fetch up to $1.2 billion in showroom sale – Handelsblatt

FRANKFURT (Reuters) -Daimler plans to significantly reduce the number of showrooms and service sites it owns in Europe in a deal that could fetch up to 1 billion euros ($1.2 billion), German business daily Handelsblatt reported, citing industry sources.

About 25 showrooms and service sites in Britain, Spain and Belgium, employing about 2,800 staff, are up for sale, the paper said, citing Daimler.

A spokesperson for Daimler said the company was exploring the possible sale of retail locations in those markets, but stressed that any deal would have to include job security for employees affected.

“In potential talks with interested buyers, high priority is placed on their long-term economic success and the continuation of the Mercedes-Benz’s operations,” the spokesperson said by email.

The spokesperson said retail locations in other European markets are not currently for sale. 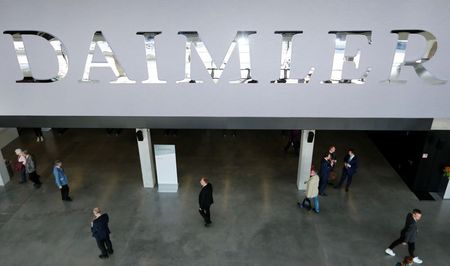 Explainer-Russian banks face exclusion in new round of sanctions

After Ida, US energy pipelines off line, damage being assessed

Sodexo in talks with CVC on restaurant check business – Les...