(Reuters) -Australia’s Crown Resorts was fined A$80 million ($57.4 million) by the Victoria state gambling regulator for enabling illegal transfer of funds from China, ahead of the watchdog’s decision on the casino operator’s $6.3 billion buyout by Blackstone.

The Victorian Gambling and Casino Control Commission (VGCCC), in its decision https://www.vcglr.vic.gov.au/sites/default/files/vgccc_decision_and_reasons_for_decision_-_disciplinary_action_-_china_union_pay_signed_0.pdf on Friday, said the issue dubbed as the “China UnionPay process” related to illegal conduct between 2012 and 2016, whereby patrons were allowed to use credit or debit cards to access funds to gamble at Crown’s Melbourne casino.

This facilitated access to nearly A$164 million to the patrons, from which Crown derived an estimated revenue of more than A$32 million, the regulator said.

The decision came just before regulators in Victoria, New South Wales, and Western Australia – all of whom have found Crown unfit to hold gaming licenses at different times – decide on whether to approve the Blackstone deal.

Crown’s shareholders had overwhelmingly approved the deal earlier this month. The company expects a conclusive Federal Court hearing to approve the buyout next week, provided the various gaming regulators green-light it.

“Crown acknowledges its historic failings,” the company said on Monday, adding that the China UnionPay process had ceased in 2016 and that an independent investigation was conducted and its findings were shared with the Victorian Royal Commission when the issue had come to light.

Crown added that the VGCCC had indicated it would continue to consider further disciplinary proceedings against the company related to other findings of the Royal Commission, which may each result in a fine of up to A$100 million. 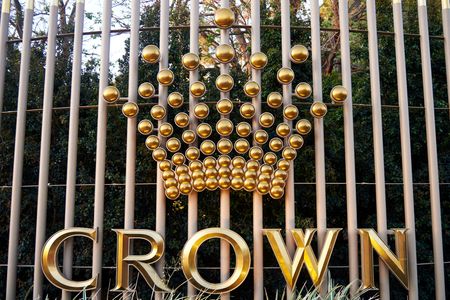 Factbox-How companies account for remote work in their carbon footprints

EU court to rule Sept. 14 on Google’s fight against record...