Short sellers borrow shares, sell them and hope to buy them back for a lower price. They are paying fees equivalent to annualised rates of 92%, FIS Astec figures as of Sept. 23 show.

That is up from 50% two weeks earlier.

Only about 2.2% of Evergrande’s outstanding shares are on loan, the data shows. The Chinese developer owes $305 billion, is short on cash and its share price is down 83% this year.

Market participants have said the surge in borrowing costs reflects both rising enthusiasm for short positions in the company and a scramble to find stock to borrow as lenders have recalled shares to dump positions.

Borrowing costs for some other developers have climbed, but not to the same extent, according to FIS Astec.

Annualised rates for Guangzhou R&F Properties’ shares, for example, rose from less than 1% at the start of the month to 6.6% on Sept. 23. 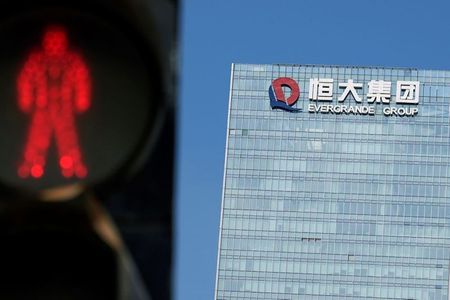 By Devik Jain and Shreyashi Sanyal ...

PARIS (Reuters) -Carrefour, which earlier this month ended talks over...

By Anisha Sircar and Susan Mathew ...