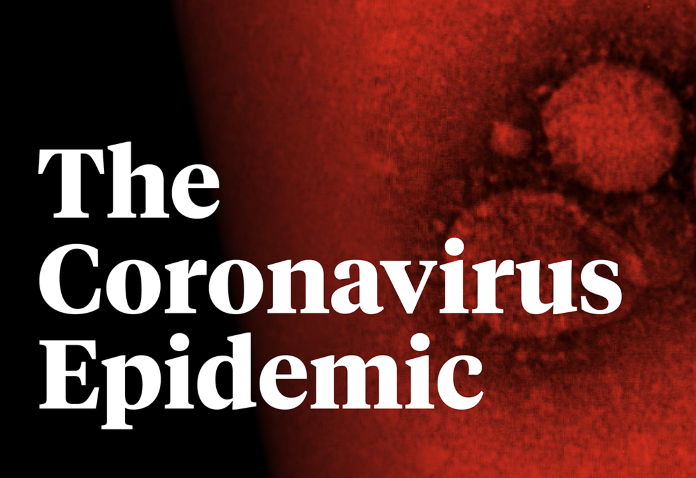 As new data regarding a spike in the number of cases of Coronavirus in China and South Korea poured in, the US Stock was the first of the lot to be hit hard. Such data reflects the fact that US Business activity has been stalled and will continue to remain so in the coming days and this is why investors are afraid of what’s to come in the economy.

Heavyweights such as Amazon.com, Microsoft Corp and Apple Inc slipped down for the second consecutive day which was a major reason for the steep decline in the stock market indices. On the other hand, the tech-heavy S&P 500 index dropped by 2.4%. Top-rated chipmakers that had strong ties with China for production also fell immensely as the Philadelphia Semiconductor Index recorded a fall of around 3%.

On Friday, China reported at least 800 new cases while South Korea became the new hotspot for the disease and reported over 100 cases. Around 80 people resulted positive when tested for Coronavirus in Japan.

The disease is creating a wild card like situation where investors are going on a weekend after a week of stock market highs and when such time comes they soon take the money off the table. The impact is expected to last longer than only the first quarter of 2020. Earlier this week, Apple had already put forward a warning regarding their sales and the subsequent drop in tech shares and indices do reflect the fact. This is when investors looking to shift to a haven and asset building stage which doesn’t directly get affected due to the stock market.

Subsequently, Gold and bond rose gradually along with defensive equity sectors such as real estate, staples and utilities. The IHS Markit Purchasing Managers’ index of services sector activity slumped to its lowest since October 2013 and it is said that such a contraction in the market has been seen for the first time since the year 2016. On the other hand, the manufacturing sector clocked its lowest since August.

The DOW Jones Industrial Average slipped 262.52 or a healthy 0.9% to 28,957.42 points. On the other hand, the S&P 500 dropped 1.18% or a substantial 39.79 points on the day. Monetary easing by the central bank did help the tech-heavy indexes to gain for 3 back to back weeks but now it finally comes to decline after the 3rd week of rapid growth.