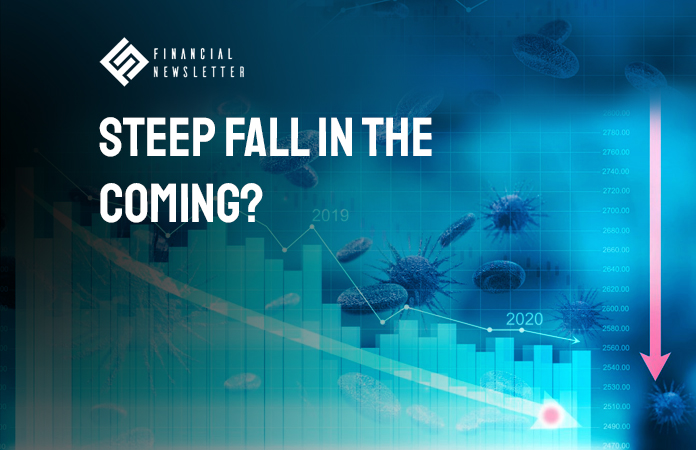 It was not an unknown fact or incident that the Coronavirus would not only affect the lives of people, leading to the death of many, all across the world. The virus has taken a huge toll on the global economy, with numbers that might not recover any time soon. With the outbreak of the virus and the lockdown in various countries, the global economy had been taking a downward trend with drooping indexes all across the world.

With the US warnings of the outbreak, the second quarter of 2020 could be even worse than the first quarter. The economic ramifications of the coronavirus pandemic have been unsettling. The global stock markets have taken a sharp fall over the period of outbreak, with investors getting worrying news, at the start of trading at Wall Street on Wednesday.

Let’s take a look at the key factors affecting the global economic dropdown at the current times.

● Wall Street, which already expected a drop at the start of trading on Wednesday, takes a heavy fall with dejected investor sentiments due to the pandemic outbreak situation.

● S&P 500 and FTSE 100 were down by more than 3 percent, following US President Donald Trump’s announcement last night, where he mentioned that the US would have to face a ‘very very painful two weeks’ due to the outbreak situation. It is the worst fall for S&P 500 since October 2008, with the benchmark index falling by 12.5 percent in March.

● The first quarter had already seen a record-breaking 11-year bull market in the US stocks, with oil prices tumbling and the seizure of Wall Street’s more esoteric markets.

● Fiscal and policy response to the economic crisis did help manage the damage to an extent, but it does not end the crisis.

With the lockdown, as people stay home, millions of workers have lost their jobs due to shut down factories, with economic data noting damages to an unscalable extent. That being said, experts and analysts at Wall Street lower the expectation of quick recovery of the economy with recent statistics.

Stocks in London, Paris, and Asia have all taken a fall of around 2 to 4 percent.

According to statistics by the NY Times, almost 50 startups have laid off above 6000 employees in just a few weeks with exhausting funding for many new tech companies and delayed public offerings. The abrupt stoppage of economic activities has already leady to a downturn of the global economy and it could be more lasting than it was initially figured, even laying its effect into the next year and beyond, say some experts. The losses incurred and the debt saturation of several companies will surely take a lot of time to bounce back to normal, leading to a prolonged financial crisis.

US Dollar – The only winner amidst all the losers?

‘Dial back’ or ’emergency brake?’ New lockdowns and the U.S. economy