ORLANDO, Fla. (Reuters) – The dollar is at a crossroads after a 5% rally in four months, as many investors assess how much of the Fed’s bond purchase taper and future rate hikes are priced in, and if any further increase in U.S. yields will be for “good” or “bad” reasons.

Not hedge funds though, who continue to hoover up dollars.

If central banks’ post-2008 interest rate policy could generally be summed up as ‘lower for longer’, speculators’ stance on the dollar now appears to be ‘longer for longer’.

The latest positioning data from U.S. futures markets show hedge funds and other speculators significantly added to their net long dollar position against a range of global currencies in the week to October 5 for a 12th straight week.

The total net long position now stands at $22.5 billion, the largest since June 2019, while the $7.2 billion increase from the previous week was the third largest in more than three years.

The dollar bullishness could not be more broad-based.

Clearly, the rise in U.S. bond yields – in nominal, real and relative terms – is all the speculative FX trading community needs to see.

Hedge fund industry data provider HFR said its benchmark currency index rose 1% in September. That may not be anywhere near the commodity index’s stunning 5.2% surge, but it was its best month since March last year.

Last week, the 10-year U.S. yield rose 15 basis points, the most since February, and is now above 1.60% for the first time since June. The dollar has risen against a basket of currencies for five weeks, and is hovering close to a one-year high.

The question now is, are the factors driving up U.S. bond yields supportive of further dollar appreciation, or not?

The recent increase in Treasury yields has been driven by rising inflation pressures fueled by supply chain shocks, shortages, and sky-high energy prices. Breakeven inflation rates have popped higher across the curve and are now close to scaling the year’s peaks reached in May.

All this while the medium-term U.S. growth outlook, as evidenced by the latest non-farm payroll disappointment, has dimmed.

In short, a kind of ‘stagflation’ scenario.

Goldman Sachs analyst Zach Pandl and his team argue that this is generally a constructive environment for the dollar, whose performance “tends to differ depending on whether higher inflation reflects better growth or other factors, such as adverse supply shocks.”

But when inflation expectations rise for more benign reasons such as better growth prospects, the dollar tends to depreciate against most currencies. This is what they expect in the coming months as COVID-19 cases fall and economies open up, leading to a “moderately weaker” dollar going into the year-end.

The urge for many traders who have been on the crest of this dollar wave to simply take profit is also likely to limit the potential for much more upside from here, at least in the short term.

But Derek Halpenny and his team at MUFG argue that funds’ $22.5 billion net long dollar position is “not yet excessive” compared with what was in place pre-pandemic. They have a point. In May 2019, CFTC speculators’ net dollar holdings stood at $35 billion.

They also argue that Friday’s sub-par September employment report will not derail the Fed from its tapering schedule, which should be outlined next month. Momentum and fundamentals both point to a stronger dollar going into the year-end, they reckon. 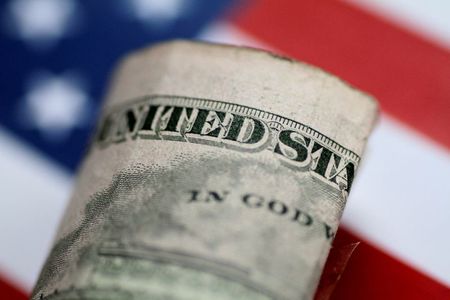