Soybean meal was the only grain or oilseed in which funds recently began building sizable shorts, but they started easing up last month as supply issues began to surface. In the week ended Nov. 16, most-active futures surged 7.3% after what had been a steadier climb from the mid-October low.

Money managers in that week increased their net long in CBOT soybean meal futures and options to 37,488 contracts from 9,299 in the previous week. That marked their biggest round of short covering in meal since August 2020, and gross shorts thinned to a three-month low.

Data from the U.S. Commodity Futures Trading Commission on Friday also showed that commercial end-users added more than 31,000 gross soybean meal shorts through Nov. 16, their largest weekly add since early 2020. Crush margins are unusually high for the time of year.

Recent strength in soybean meal may have prevented commodity funds from flipping to the short side in CBOT soybeans for the first time since early 2020. Money managers increased their soybean net long to 29,488 futures and options contracts through Nov. 16 from the previous week’s 12,137 contracts, which had been the lowest since June 2020.

Most of that stemmed from short covering, as most-active soybean futures rose 3.2% during the week. Futures on Wednesday touched their highest point since Sept. 30 but drifted 1% lower in the last two sessions with global soybean fundamentals still leaning slightly bearish.

Soybean oil had recently been considered the leader in the soy complex, though most-active futures have largely steadied off, trading around 60 cents per pound for the last few months. That is the highest level for the time of year.

Money managers through Nov. 16 increased their net long in CBOT soybean oil futures and options to 76,212 contracts from 72,605 a week earlier.

Most-active soyoil was up 1.2% that week but eased nearly 2% in the last three sessions, mostly on Friday. U.S. crude oil fell to more than one-month lows on Friday though rival vegoil palm oil continued to trade last week near all-time highs on the Malaysian exchange.

That was largely based on an increase in gross longs, and the net long reached its highest point since early May. Funds’ corn net long was around 279,000 contracts in the same week a year ago, and the 2021 low was set in mid-July around 209,000 contracts.

Index funds’ interest in Chicago wheat also rose last week, though to a lesser degree than in corn, and futures hit nine-year highs on tightness in the global wheat market. Most-active CBOT wheat gained 4.1% in the week ended Nov. 16, and it added another 3% in the latest three sessions.

Through Nov. 16, money managers increased their net long in CBOT wheat futures and options to 15,258 contracts from 3,328 in the prior week. The new stance is their most optimistic in three months and is nearly identical to the year-ago position.

Money managers’ net long in Kansas City wheat through Nov. 16 reached its highest point since August 2018 at 60,560 futures and options contracts, up from 57,382 a week before. The hard red winter wheat contract also reached multiyear highs late last week, and futures were up another 1.9% between Wednesday and Friday.

Minneapolis wheat continues to trade above $10 per bushel, record strong for the date, but futures on Friday finished well off the month’s high. Money managers through Nov. 16 reduced their spring wheat net long by more than 1,500 to 14,963 futures and options contracts.

Karen Braun is a market analyst for Reuters and the opinions expressed above are her own. 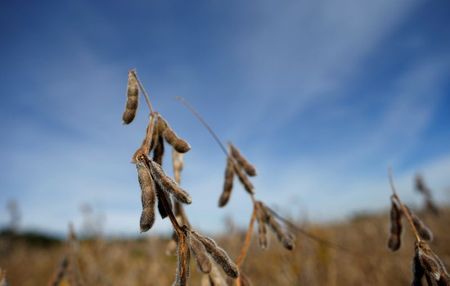 Take Five: Will it pass or will it last?