WASHINGTON (Reuters) – U.S. regulators will “eventually” have to factor climate change risks into bank capital rules, but it is still too soon to say when that would become necessary, a top official told Reuters.

Acting Comptroller of the Currency Michael Hsu said in an interview that regulators were still exploring the best way to incorporate climate change risks such as extreme weather events or major policy shifts into bank supervision and oversight.

But regulatory capital requirements, the cash that lenders must set aside to absorb potential losses, would in time become part of the risk-management equation.

“It would be hard for it not to be, because exposure is exposure and you have to risk manage and capitalize for that,” said Hsu, who took up his new role last month.

The comments from Hsu, formerly a top supervisor with the Federal Reserve where he oversaw the country’s largest banks, offer the clearest vision yet as to where regulators are heading as they ramp up scrutiny of climate change-related financial risks under Democratic President Joe Biden’s administration.

Climate change could upend the financial system because physical threats such as rising sea levels, as well as policies and carbon-neutral technologies aimed at slowing global warming, could destroy trillions of dollars of assets, risk experts say.

But while bank supervisors are seeking information on how lenders are assessing the impact of climate change on their loan books, officials have generally been wary of suggesting the new scrutiny could ultimately affect capital requirements, which are a top concern for banks and their shareholders.

However, Hsu said that regulators still had a lot of research to do and other “steps” to take before they could start discussing potential capital implications.

“There’s plenty of work there before you get to the ultimate capital question, which I think arguably can be as impactful.”

With the U.S. economy expected to rebound as the COVID-19 pandemic wanes, Hsu has warned of industry complacency which he has said was underscored by the roughly $10 billion in losses major banks suffered on the collapse of Archegos Capital.

One of his top priorities, he said, is ensuring that banks do not relax their risk-management checks and balances, especially as they try to compete with rivals for client business.

“This is where senior bank managers, boards of directors, and regulators just need to be really attuned and asking a lot of questions,” said Hsu, whose career also includes stints at the International Monetary Fund and Department of the Treasury.

Among the major risks facing lenders and borrowers is the looming expiration of mortgage holiday or “forbearance” programs which have kept millions of homeowners afloat amid pandemic lockdowns. Those relief measures combined with other government aid have painted a murky picture for lenders, whose models are struggling to gauge borrowers’ true financial health, he said.

When forbearance programs end, there is the potential for a “cliff” effect, Hsu said, as millions of borrowers who may still be struggling to make ends meet have to start repayments.

“It’s not as rosy as the numbers would now suggest,” he added. 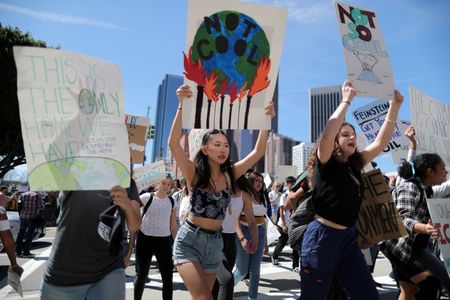 Japan spent record of nearly $20.0 billion on intervention to support...