SHANGHAI (Reuters) – Chinese regulators have urged underwriters to price initial public offerings more reasonably after a third of more than 100 new listings so far this year fell on their trading debut.

The Shanghai Stock Exchange held a meeting last week with some underwriting banks, asking them to set IPO prices prudently, a spokesperson for the bourse said on Monday.

The stock exchange is also considering using the performance of newly listed shares to help asses a bank’s underwriting quality, the spokesperson added.

Chinese IPOs are underwritten mostly by Chinese banks, as well as some joint ventures with foreign banks.

China introduced a U.S.-style IPO system when it launched Shanghai’s tech-focused STAR Market three years ago, and later expanded the reform to Shenzhen’s start-up board ChiNext.

Most of this year’s new listings that fell below their IPO price are traded on STAR and ChiNext, reflecting both bearish investor sentiment and poor pricing skills of Chinese underwriters.

Prior to the reform, nearly all IPOs were subject to a pricing cap imposed by regulators – a ceiling that tended to ensure new floats a hefty 44% jump on their debut, the maximum allowed.

Following the reform, Chinese bankers, like their Western peers, have to set IPO prices that reflect a company’s growth potential and risks, as well as the market mood and issuers’ expectations.

“Old habits contributed to high prices for sure,” said a STAR Market underwriter who declined to be identified.

“But more importantly, we’re in a bear market,” he said, referring to the poor debut performance of many stocks.

The benchmark Shanghai Composite Index has tumbled nearly one-fifth this year. The STAR Market has slumped 37%. 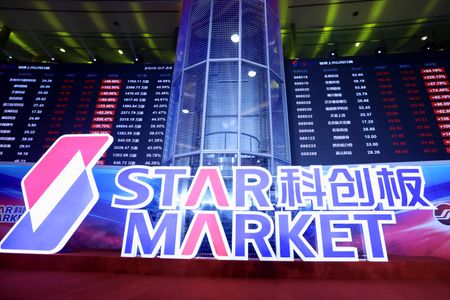