By Andrew Galbraith and Marc Jones

SHANGHAI/LONDON (Reuters) – The rumbling crisis at China Evergrande Group and other major homebuilders drove debt market risk premiums on weaker Chinese firms to a record high on Wednesday and triggered a fresh round of credit rating downgrades.

Evergrande, which has more than $300 billion in liabilities and 1,300 real estate projects in over 280 cities, missed a third round of interest payments on its international bonds this week, and other firms have also warned they could default.

Rating agency S&P Global delivered fresh downgrades to two of the sector’s bigger firms, Greenland Holdings – which has built some of the world’s tallest residential towers – and E-house, and warned it could cut their ratings further.

The $5 trillion property sector accounts for around a quarter of the Chinese economy by some metrics. In the clearest sign yet that global investors’ worries are growing, the spread – or risk premium – on investment grade Chinese firms, which tend to have the most solid finances, jumped to its widest in more than two months.

The spread on the equivalent high-yield or ‘junk’-rated index that the likes of Evergrande are part of surged to a new all-time high of 2,337 basis points. That drove the yield – which reflects how much firms would have to pay to borrow – to an eyewatering 24%.

“We see a risk that a disorderly correction in the property market could cause sharp price declines, hitting the personal wealth of homeowners,” Kim Eng Tan, a credit analyst at S&P Ratings, said in a report.

“Such an event could also contribute to large-scale losses by investors in wealth management products, and the contractors and service firms that support the developers.”

Evergrande did not pay nearly $150 million worth of coupons on three bonds due on Monday, following two other missed payments in September.

While a 30-day grace period means the company has not technically defaulted, investors say they are expecting a long and drawn-out debt restructuring process.

Bonds issued by developers including Shanghai Shimao Co Ltd China Aoyuan Group and Country Garden Properties Group fell between 1.6% and 7.4%, according to exchange data, while Kaisa Group – the first Chinese real estate firm to default back in 2015 – saw some of its dollar-denominated bonds drop to as low as 35 cents on the dollar, pushing their yields to nearly 60%.

Kaisa has $3.2 billion of international bonds to repay next year, second only to Evergrande which has $3.5 billion

“We continue to maintain an underweight position in the real estate sector for our China equity portfolios,” said Virginie Maisonneuve, Global CIO Equity at Allianz Global Investors. “We have no plan to add in the near-term,” although she added Beijing should be able to contain the problems.

Debt pressures extend far beyond Evergrande. Chinese property developers have $555.88 million worth of high-yield dollar bond coupons due this month, and nearly $1.6 billion due before year-end, and Refinitiv data shows at least $92.3 billion worth of such maturities next year

Evergrande’s mid-sized rival Fantasia has already missed a payment and Modern Land and Sinic Holdings are trying to delay payment deadlines that would still most likely be classed as a default by the main rating agencies.

“These stories have challenged the notion that Evergrande is one of a kind,” analysts at Capital Economics wrote in a note.

While China’s policymakers will likely be able to avoid a “doomsday scenario”, the overextended property sector will continue to weigh on the world’s second-largest economy, they said.

“Even following an orderly restructuring of the worst-affected developers with minimal contagion to the financial system, construction activity would still almost inevitably slow much further.” 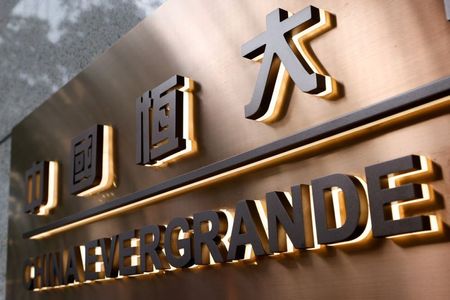 Exclusive: Congressional Democrats set to back more than $50 billion for transportation sector

Alibaba’s Cainiao says it is in talks with Chinese vaccine makers...