It also said it would crack down on illegal behaviour in the ride-hailing industry.

Beijing last month moved to ban under-18s from playing video games for more than three hours a week in a tighter set of regulations for gaming https://www.reuters.com/world/china/china-rolls-out-new-rules-minors-online-gaming-xinhua-2021-08-30 as it looks to strengthen control over sectors of its economy https://www.reuters.com/world/china/education-bitcoin-chinas-season-regulatory-crackdown-2021-07-27 such as tech, education and property.

Gaming firms were told by the government on Wednesday to implement measures such as curbing minors’ hours of access to their video games to protect their physical and mental health, the official Xinhua news agency reported.

Those that are found to have “inadequately” implemented the regulations will be severely punished, it said, adding that the firms present were also asked to resist engaging in improper competition and should instead focus on driving innovation.

Xinhua named the authorities involved as the ruling Communist Party’s Publicity Department, the National Press and Publication Administration, the Office of the Central Cyberspace Affairs Commission and the Ministry of Culture and Tourism.

Separately on Wednesday, the Transport Ministry said it would intensify a crackdown on illegal behaviour in the ride-hailing industry and deal with online platforms that are still using noncompliant vehicles and drivers.

Meanwhile, the Cyberspace Administration of China said it has shut down and banned 1,793 so-called self-media accounts https://www.reuters.com/world/china/chinese-social-media-platforms-rectify-financial-self-media-accounts-2021-08-28 on online platforms since Aug. 27, when it announced a probe into the illegal release of financial information and badmouthing of financial markets.

The term “self-media” is mostly used describe independently operated accounts that produce original content but are not officially registered with the authorities.

The accounts closed include three with more than a million followers, while more than 47,000 pieces of “harmful information” have been cleaned up, the administration added. 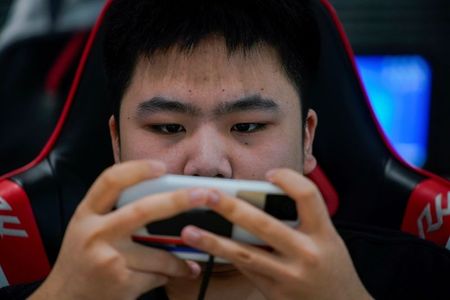 By Ryan Woo and Gabriel Crossley ...

Stellantis CEO does not rule out M&A operations: paper