SHANGHAI/BEIJING (Reuters) -Chinese automaker Xpeng on Tuesday announced price cuts for some models in a notice on its official WeChat account, following similar moves by Tesla and Seres and fuelling expectations of a wider price war.

The Guangdong-based automaker also slashed prices for all versions of P5 sedan and G3i sports-utility vehicles by between 10% and 13%, according to Reuters calculations based on the prices.

Competition is intensifying in the electric vehicle (EV) sector in China amid forecasts for demand to falter in the first quarter. EV makers, though many of them still loss-making, are therefore under pressure to cut prices to sustain sales volumes.

“We hope to make intelligent vehicles more accessible to more people with more competitive prices,” an Xpeng spokesperson told Reuters in a statement after the price cut.

Xpeng said it would offer car owners who purchased automobiles before the price cut extended maintenance services for free as compensation.

Tesla slashed prices of its Model 3 and Model Y cars by 6% to 13.5% in China earlier this month, while Seres also cut prices for its Aito electric cars co-developed with Huawei Technologies Co by 30,000 yuan last Friday.

Xpeng is also counting on a revamped version of the three-year-old P7 sedan to be launched in the first quarter to boost sales. The EV maker sold 59,066 P7 cars in 2022, 2.5% fewer than a year earlier. 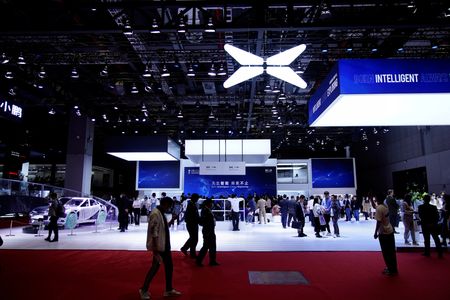 UK must deal with Russian money in the City, Johnson says