SHANGHAI (Reuters) – Juneyao Group, the parent of Chinese carrier Juneyao Airlines, plans to start making electric vehicles (EV), two people with knowledge of the matter said, as it seeks to diversify from businesses that have been hit hard by COVID.

Shanghai-based Juneyao, owned by Chinese billionaire Wang Junjin, his brother and nephew, is setting up a team internally to explore EV making plans, said the people, who declined to be named as they were not authorised to speak to media.

The plans are still at a preliminary stage, they added, but it would allow Juneyao to tap into a booming market that has been aided by generous government subsidies and tax exemptions.

Juneyao did not reply to a request for comment.

EVs, including pure-electric and plug-in hybrids, accounted for 22% of sales in the first seven months of the year, according to Chinese industry data, the highest proportion among major global markets.

Established local brands Nio, Xpeng and Li Auto compete fiercely against foreign players such as Tesla in the world’s largest EV market, but Juneyao would join a growing list of high-profile Chinese companies with little or no automotive experience that are rushing into the sector.

Juneyao on July 20 registered a company with 1 billion yuan ($146.23 million) of capital for businesses including EV sales, auto parts research and development and EV charging infrastructure operations, according to Qichacha, an information provider that uses official company registration sources.

An investment firm controlled by Wang Han, the son of the late Juneyao co-founder, Wang Junyao, is also a majority shareholder of Yudo Auto, a Fujian-based EV maker, according to Qichacha. Chinese media reported that Yudo Auto’s shareholding change showed up in official records on June 24.

Yudo Auto, founded in 2015 with the support of the southern province of Fujian, is one of the few EV startups licensed by Chinese regulators, but it has been struggling to sell its cars and suffering losses.

Juneyao and Yudo Auto did not respond to a request for comment on the shareholding change.

The move into EVs is a fresh undertaking for Juneyao, the Chinese conglomerate that began selling flavoured milk and yoghurt to children in the early 1990s and later broadened to operate one of the country’s largest private airlines flying domestic and international routes.

China’s domestic travel market, which had rebounded quickly due to its successful containment of the COVID-19 virus in the early days of the pandemic, is nursing heavy losses this year as authorities struggle to stop the spread of the highly transmissible Omicron variant under a strategy of eliminating cases.

Nearly half of planned flights are being cancelled every day across China, according to third-party aviation data providers. Lockdowns continue to be abruptly implemented across different parts of China over COVID case numbers that are small by global standards.

Juneyao Air warned last month of a net loss of 1.6 to 1.9 billion yuan for the first half, when its main hub Shanghai suffered from a stringent citywide COVID lockdown for two months and the number of flights fell to the lowest in the company’s history, according to a regulatory filing. 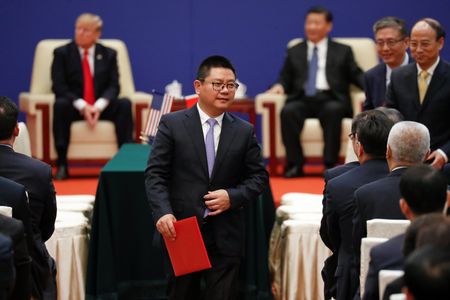 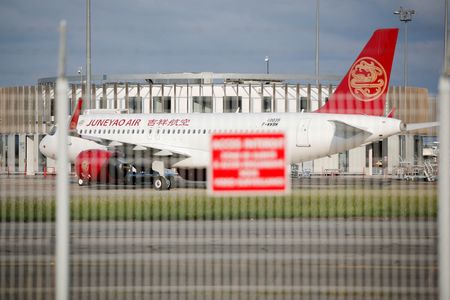 Explainer-Credit Suisse in spotlight ahead of strategy shift