SHANGHAI (Reuters) – China’s top banking and insurance regulator said banks should guard against a rise in non-performing assets, as the country rolls back some of the relief measures implemented during the pandemic to help firms withstand the fallout.

In 2020, the central bank encouraged financial institutions to lower rates for virus-stricken firms and extend payment deadlines, among other measures, to give borrowers some breathing space during the coronavirus crisis.

“The default rate for some large and medium-sized enterprises has risen, and the credit risks at banking institutions has intensified,” Guo Shuqing told a financial forum in Shanghai via a video message.

The regulator will also resolutely clean up illegal security issuance activities and fend off the pick-up in shadow banking activities, Guo added.

Commenting on global markets, Guo, who also serves as the Communist Party chief at the central bank, said that monetary policies in some developed countries are “unprecedentedly loose.”

“These measures have stabilised the market in (the) short-term but require all countries in the world to share responsibility for the negative effects,” he said.

A rise in global inflation has arrived and may last longer than some of the U.S. and European experts have expected, Guo added. 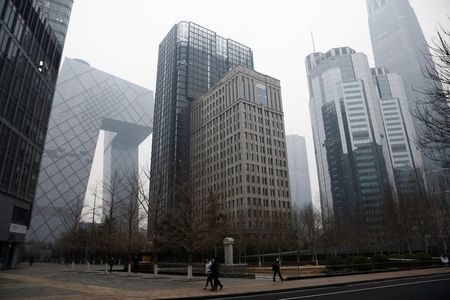 By Sonali Paul and Mohi Narayan ...

By Jihoon Lee and Choonsik Yoo ...

Southwest CEO says all options ‘on the table’ after carrier’s meltdown,...

Sugar rally could help India to export 6 million tonnes without...