BEIJING (Reuters) – China’s new yuan loans likely rebounded sharply in May after a drop in April, a Reuters poll showed, as the central bank ratchets up policy support for the slowing economy.

Chinese banks are estimated to have issued 1.3 trillion yuan ($194.71 billion) in net new yuan loans last month, doubling the 645.4 billion yuan in April, according to the median estimate in the survey of 27 economists.

But the expected new loans would be lower than the 1.5 trillion yuan issued in the same month a year earlier.

The Chinese government has stepped up support for the slowing economy as Shanghai and other cities ease COVID-19 lockdowns and mobility restrictions following a drop in new infections.

In May, the central bank cut its benchmark reference rate for mortgages by an unexpectedly wide margin, its second reduction this year, in a bid to revive the ailing housing sector to prop up the economy.

The downward pressure on China’s economy remains striking and China will strive to achieve reasonable economic growth in the second quarter, state media quoted the cabinet as saying on Wednesday.

Any acceleration in government bond issuance could help boost total social financing (TSF), a broad measure of credit and liquidity. Outstanding TSF rose 10.2% in April, down from 10.6% in March. 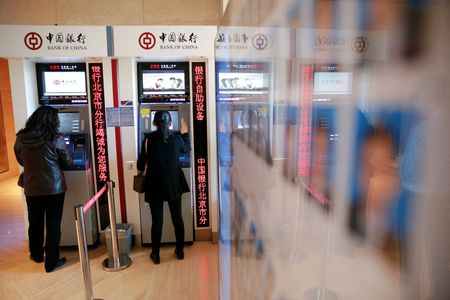 JPMorgan’s Dimon could remain chairman when he leaves CEO role

United Airlines to bring back supersonic flying with Boom deal