By Nick Carey and Yilei Sun

MUNICH/BEIJING (Reuters) – China’s electric carmakers are darting into Europe, hoping to catch traditional auto giants cold and seize a slice of a market supercharged by the continent’s drive towards zero emissions.

Nio Inc, among a small group of challengers, launches its ES8 electric SUV in Oslo on Thursday – the first foray outside China for a company that is virtually unheard of in Europe even though it’s valued at about $57 billion.

Other brands unfamiliar to many Europeans that have started selling or plan to sell cars on the continent include Aiways, BYD’s Tang, SAIC’s MG, Dongfeng’s VOYAH, and Great Wall’s ORA.

Yet Europe, a crowded, competitive car market dominated by famous brands, has proved elusive for Chinese carmakers in the past. They made strategic slips and also contended with a perception that China, long associated with cheap mass-production, could not compete on quality.

Indeed, Nio Chief Executive William Li told Reuters he foresees a long road to success in a mature market where it is “very difficult to be successful”.

Chinese carmakers may need up to a decade to “gain a firm foothold” in Europe, the billionaire entrepreneur said – a forecast echoed by He Xiaopeng, CEO of electric vehicle (EV) maker Xpeng who told Reuters his company needs 10 years “to lay a good foundation” on the continent.

These new players, many of which have only ever made electric vehicles, believe they have a window of opportunity to finally crack the lucrative market.

While electric car sales in the European Union more than doubled last year and jumped 130% in the first half of this year, traditional manufacturers are still gradually shifting their large vehicle ranges over to electric and have yet to flood the thirsty market with models.

“The market is not that busy yet, if you compare it with combustion-engine models where each of the major carmakers has a whole range of vehicles,” said Alexander Klose, who heads the foreign operations of Chinese electric vehicle maker Aiways.

“That is where we think we have an opportunity,” he added on a drive around Munich in a U5, a crossover SUV on sale in Germany, the Netherlands, Belgium and France.

The U5 starts at 30,000 euros ($35,000) in Germany – below the average new car price and most local EV prices – before factoring in 9,000 euros in EV subsidies – and comes in just four colours and two trim levels to minimize costs.

As Chinese carmakers gear up to enter Europe, they are trying out different business models, from relying on importers, low-cost retail options or building up more traditional dealerships.

The new reality that top Western carmakers like BMW and Tesla Inc now produce cars in technological powerhouse China has likely undermined past perceptions of low quality workmanship – though they can be hard to shake.

Antje Levers, a teacher who lives in western Germany near the Dutch border, and her husband owned a diesel Chevrolet Orlando but wanted a greener option. They bought an Aiways U5 last year after plenty of research to fend off criticism for not buying local, and loves its handling and low running costs.

She said people had told her: “You can’t buy a Chinese car, they’re plastic and cheap and do not support German jobs.” But she feels that is no longer true in a global car industry where you find German auto parts in Chinese cars and vice versa.

“German people buy German cars, so to buy a Chinese car you need to have a little courage,” the 47-year-old added. “Sometimes you just have to be open for new things.”

NIO LANDS IN NORWAY WITH NOMI

Nio launches its ES8 electric SUV alongside a NIO House – part-showroom, part-cafe and workspace for customers in the capital of Norway, a country that’s also the initial base for Xpeng.

Norwegian state support for EVs has put the country at the forefront of the shift to electric. It makes sense as a European entry point because customers are used to electric vehicles so only have to be sold on an unknown Chinese brand, said Christina Bu, secretary general of the Norwegian EV Association.

“If you go to another European country you may struggle to sell both,” said Bu, adding that her organisation has talked extensively with a number of Chinese EV makers keen to learn market specifics and consumer culture before launching there.

She is uncertain, though, how consumers will react to Nio’s approach of swapping out batteries for customers rather than stopping to charge them, or the carmaker’s strategy of leasing https://www.reuters.com/article/us-nio-battery-electric-idUSKCN25G0OE rather than selling batteries to customers.

“But where the Chinese are really at the forefront is the technology,” she added, referring in particular to Nomi, the digital assistant in the dashboard of Nio’s cars.

One size does not fit all. While Nio and Xpeng have been hiring staff building up their organizations in Norway, SAIC’s MG works through a car importer to sell cars in a handful of European markets.

Aiways is trying an lower-cost approach to selling cars in Europe, though Klose says it varies by market.

In Germany, for instance, the company sells its cars through Euronics, an association of independent electronics retailers, rather than building traditional dealerships.

It aims to sell across the EU by next year and to enter the U.S. market by 2023, said Klose, a former Volvo and Ford executive.

Past failed attempts by Chinese carmakers to conquer Europe are unlikely to hurt Chinese EV makers today, as consumers have grown accustomed to electronics coming from China, he added.

Such failures included Brilliance in 2007, whose vehicle received one out of five stars in a German car crash test, damaging the brand.

“The fact there are more Chinese carmakers entering the market will also help us, as it will make Chinese brands more accepted by consumers,” Klose said.

“But if they bring a lot of innovation they have a lot of opportunity.” 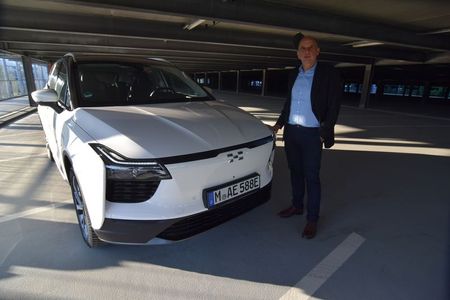 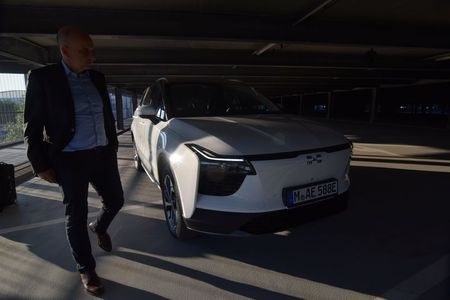 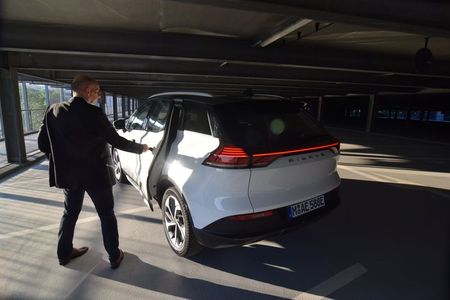 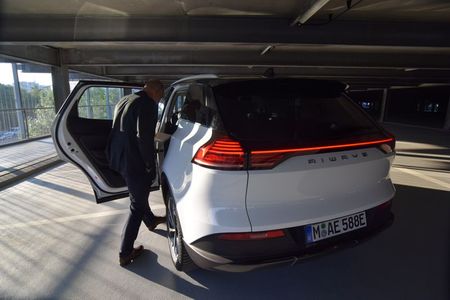 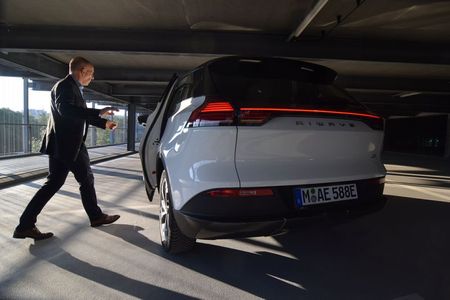 Amazon removes racist messages after they appear on some product listings

SoftBank to write down WeWork by $6.6 billion, compounding portfolio misery