The People’s Bank of China (PBOC) has been gradually scaling back pandemic-driven stimulus to curb debt risks, keeping borrowing costs low and telling banks to maintain support for small firms.

China will “use monetary policy tools, including RRR cuts, in a timely way to further step up financial support for the real economy, especially small firms”, the cabinet said in a statement after a regular meeting.

China will lower financing costs for small companies to help them cope with rising commodity prices, the cabinet said.

The country will keep monetary policy stable while increasing policy effectiveness, but will not resort to “flood-like” stimulus, it added.

Wen Bin, senior economist at Minsheng Bank, said he expected the central bank to unveil targeted RRR cuts for smaller banks to encourage them to lend more to small firms.

“There is room to cut reserve requirements, which will help release long-term funds and encourage banks to lower financing costs,” he said.

The PBOC last cut RRR – the amount of cash that banks must hold as reserves – in April 2020 in a bid to shore up an economy hammered by COVID-19, which was first detected in the central city of Wuhan before spreading into a global pandemic.

China’s economy, the world’s second largest, is slowing from a record 18.3% expansion in the first quarter, when the reading was highly skewed by comparisons with early 2020. 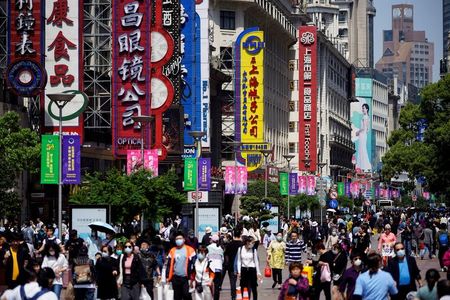 (Reuters) -Clorox Co on Tuesday signaled that the pandemic-driven boom...

(Reuters) -Conocophillips on Tuesday posted a second-quarter profit that nearly...

H&M’s sales tumble, stockpiles grow in March to May