BEIJING (Reuters) -China hailed on Thursday the resumption of “normal discussions” with the United States on the trade and economic fronts, apparently keen to move beyond a trade war as it said both sides aimed to resolve issues pragmatically.

China’s Vice Premier Liu He, who has led trade negotiations with the United States, has held two video calls with U.S. Trade Representative Katherine Tai and Treasury Secretary Janet Yellen in a week, marking the first formal engagement between the two sides on trade and economic issues under the Biden administration.

The discussions aimed at solving various issues come after a period of strained relations between the world’s two biggest economies, including a nearly two-year tit-for-tat trade war.

“China and the United States have resumed normal discussions on economics and trade,” Gao told reporters. “Seeking common ground while setting aside differences was the consensus.”

China also raised its specific concerns based on the performance of its domestic economy, he said.

“In the next step, the two sides, in the interests of both countries and the world, agreed to work together and pragmatically solve some specific issues for producers and consumers, and push forward the healthy developments of Sino-U.S. trade and economic relations,” Gao said.

The United States issued terse statements on the talks that emphasised candid exchanges with the Chinese side. Yellen and Tai said they looked forward to future discussions with Liu.

Chinese state media also focused on the positive tone of the economic talks following frosty exchanges between top Chinese and U.S. foreign policy officials at a meeting in Alaska in March.

The exchanges over the past week were “sparking optimism over enhanced communication between the world’s two biggest economies”, the Chinese state-run Global Times tabloid reported.

“It could be constructive for both sides to exchange their stances on a wide range of issues of dispute, and try to untangle at least certain aspects of the increasingly complex and escalating rivalry,” the Global Times said. 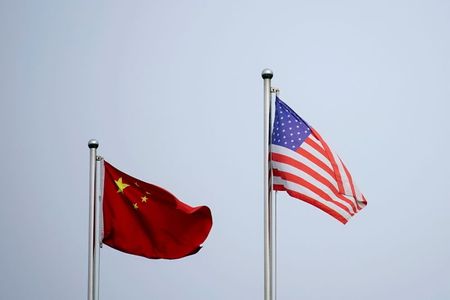