SHANGHAI/HONG KONG (Reuters) -China will make it easier for state-backed property developers to buy up distressed assets of debt-laden private peers, a source with direct knowledge said on Friday, another step by policymakers to avert a liquidity crisis in the sector.

State-owned developers acquiring distressed assets will not have those loans counted as debt under rules that cap borrowing. The “three red lines” policy restricts the amount of new borrowing property developers can raise each year by placing caps on their debt ratios.

The authorities have encouraged state-owned builders to look at the assets of private peers struggling with liquidity issues, as an increasing number have failed to meet their debt obligations, sending shockwaves to the financial markets.

Chinese developers are facing an unprecedented liquidity squeeze due to years of regulatory curbs on borrowing.

Banks have told state-owned developers about the exclusion of M&A loans in calculating their debt ratios, the source said, but added that the appetite to acquire assets is not high.

The looser debt rules for state-owned developers was first reported by financial intelligence provider REDD, who said local governments including Shanghai and Guangdong held meetings with the developers last week to facilitate the M&A process.

REDD added policymakers asked the firms in mid-December to acquire assets from 11 private developers with liquidity issues to ease their financial stress.

Shimao Group was one of the few property stocks trading in the red, however, after the Shanghai-based developer defaulted on a trust loan payment and entered discussion to delay payments on asset-backed securities, underscoring the continued stress in China’s property sector.

The proposals would see the company repay 10% of the principal in January, 5% each month from February through November, and the remaining 40% in December, the three sources said.

One of the sources said that the company and ABS holders were currently in negotiations, but that the proposals were not likely to meet with approval from holders without credit enhancements.

“If the negotiations are not successful it will trigger cross-default clauses involving other bonds,” the source said.

News of attempts to delay ABS maturities, first reported by REDD, comes a day after a trust company, China Credit Trust Co, said that Shimao had defaulted on a loan after missing a 645 million yuan ($101.10 million) payment.

Shanghai Shimao Construction said in a filing on Friday that it was in talks with China Credit Trust to resolve the outstanding payment, and that the missed payment would not accelerate payment requests in the open bond market.

(Reporting by Shuyan Wang in Beijing, Steven Bian and Andrew Galbraith in Shanghai, and Clare Jim in Hong Kong; Editing by Edwina Gibbs and Jacqueline Wong) 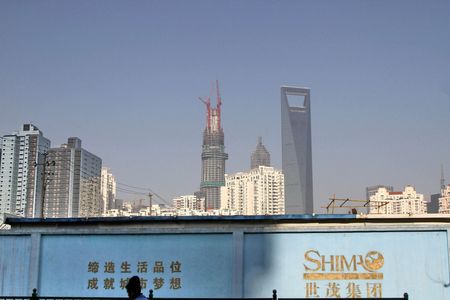