SHANGHAI (Reuters) – China is likely to introduce more tax and fee reductions, a state-backed newspaper reported on Friday citing experts, with one predicting they could amount to more than 500 billion yuan ($78.31 billion).

The Securities Daily said experts believed the next stage of tax reductions and exemptions will target small, medium and micro enterprises, especially manufacturing firms, and could involve increasing the deductions on their research expenses.

Zhang Yiqun, a committee deputy chairman at the Society of Public Finance of China, was quoted by the newspaper as saying that he believed the total scale of these reductions could exceed 500 billion yuan.

Last month, China’s cabinet said it would defer some taxes for manufacturing firms for three months from November due to the impact of high raw material prices and rising production cost, which amounted to a total of around 200 billion yuan for smaller firms in the manufacturing sector. 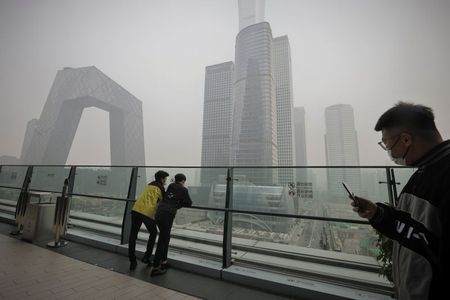 Buffett says Berkshire “not competitive” with SPACs on deals

Facebook says it should not be blamed for U.S. failing to...