(Reuters) – Chinese steelmakers Ansteel Group and Ben Gang formally began the process of merging their operations on Friday, the official Xinhua news agency reported, in a move that will create the world’s third-largest producer of the metal.

State-owned Ansteel is taking a 51% stake in smaller rival Ben Gang from the regional state assets regulator, with no money changing hands in a government-backed restructuring that is part of a drive to consolidate production in China’s bloated steel sector.

The merged entity, which will retain the Ansteel name, will have annual production capacity of 63 million tonnes of crude steel, Xinhua said, after combining the operations of the companies whose headquarters are only some 60 km (37 miles) apart in northeast China’s Liaoning province.

A special conference on the merger was held on Friday morning in the city of Anshan, it added.

The extra production will see Ansteel leapfrog HBIS Group to become China’s second-biggest steelmaker and put it third globally behind only China Baowu Group and ArcelorMittal .

By 2025, Ansteel aims to be producing 70 million tonnes of crude steel per year, as well as more than 50 million tonnes of steelmaking raw material iron ore and generating 300 billion yuan ($46 billion) in annual revenue, Xinhua said.

A combination of Ansteel and Ben Gang has been discussed for more than a decade. The merger appeared to be off https://www.reuters.com/article/us-china-steel-benxi-ansteel-idUSKCN1QN16E in 2019 but a “strategic restructuring” of the companies was announced in April this year. 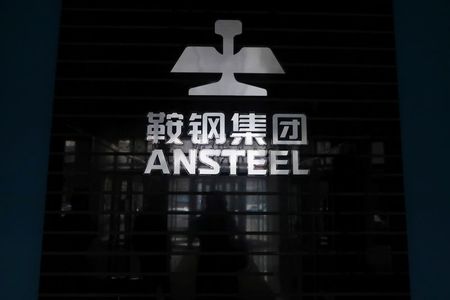