The group, which makes sunglasses and spectacle frames for Prada and Versace, reported “deteriorating” sales in mainland China as coronavirus cases surged, saying about three quarters of its locations were impacted by COVID-related closures or subdued footfall.

“We are still going through severe traffic decline over there,” finance chief Stefano Grassi said on a call, adding that it was widespread with only “a handful of exceptions”.

China’s race to halt the pandemic has clogged highways and ports, stranded workers and shut countless factories, causing disruption that is rippling through global supply chains.

“The market and particularly luxury and consumer goods stocks are suffering from growing concerns about a slowdown in China due to lockdowns,” Bryan Garnier analyst Cedric Rossi wrote in an email to Reuters.

Those disruptions also clouded French luxury company Kering’s first-quarter results, reported on Thursday. Its shares fell as much as 7% on Friday, weighing on the entire luxury sector, another analyst noted.

“A 5% sales exposure to China has insulated EssilorLuxottica from the top-line dilution that consumer peers are suffering from,” analysts at Jefferies said in a note to clients.

“The group’s resilience to the supply chain disruption … has similarly set the shares as a safe haven,” they added.

EssilorLuxottica, which saw demand for sunglasses recover in the first three months of the year, reported revenue of 5.61 billion euros ($6.09 billion), up 38.1% at current exchange rates.

Analysts overall pointed to a good start to the year, with group sales 2% ahead of consensus expectations, according to RBC Capital Markets’ Piral Dadhania. 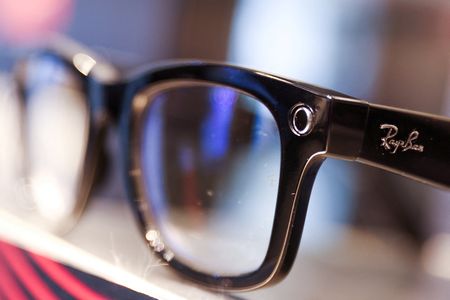