SHANGHAI (Reuters) – China-listed companies are increasingly divesting real estate businesses amid stricter regulatory scrutiny of the industry, according to filings and state media, in a year dominated by headlines of financial woe at China Evergrande Group.

China Evergrande, one of the country’s biggest developers, has struggled to make payments on billions of dollars worth of bonds, while smaller peers have likewise missed payments or had their credit ratings downgraded.

The announcement came two weeks after liquor product maker Hainan Yedao Group Co Ltd said it would sell its 40% stake in a property company to focus on core businesses and improve liquidity.

Reflecting the real estate sector’s liquidity crunch, data from the China Trust Association showed outstanding investment from trust firms fell below 2 trillion yuan ($313.66 billion) at the end of the third quarter, down 26% from a year earlier. 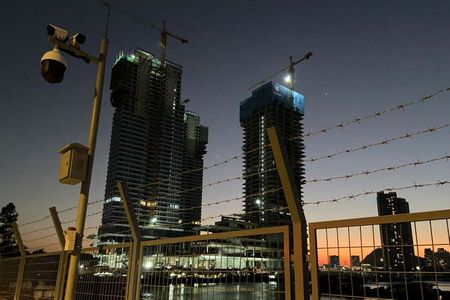