HONG KONG (Reuters) – Cash-strapped Chinese developer Yango Group Co Ltd said it will issue a total of $669.9 million of new notes in a debt swap, as most of the bondholders agreed to extend the repayment to September 2022.

The company has asked investors of the dollar bond tranches totalling $747 million to exchange them for new notes personally guaranteed by its chairman, as it seeks to avoid a default on debt payments.

It is also seeking extensions from bondholders of five other bonds.

The Shanghai-based developer said separately on Friday, on an investor platform in the Shenzhen Stock Exchange, that investors for three onshore bonds maturing in November have agreed to extend the debt by one year.

Earlier this month, it also reached agreements with investors to extend payment dates on asset-backed securities, sources have told Reuters. 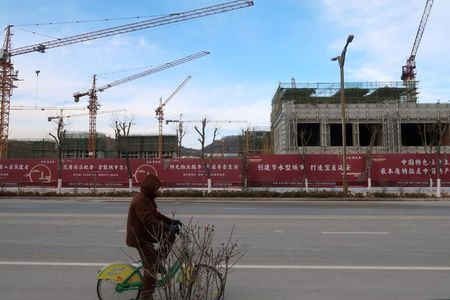