REDD said the plan, which is expected to be released to bondholders as early as this week, might not carry any upfront cash or additional credit enhancement.

Kaisa, which has the most offshore debt of any Chinese developer after China Evergrande Group, has missed the coupon payments totalling over $59 million due on Nov. 11 and 12, with 30-day grace periods for both.

Some offshore bondholders who did not receive coupon payments have tapped investment bank Moelis & Co to advise them on the matter, Reuters reported on Tuesday.

The next dollar bond payment for Kaisa is the $400 million maturity on a 6.5% dollar bond due on Dec. 7. 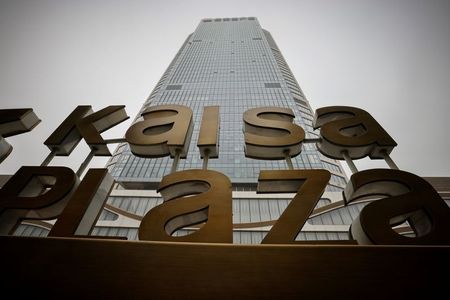