Beijing’s sudden decision to abandon its strict zero-COVID policy at the end of November has led to dramatic increases in COVID cases. Coal mines in major mining regions such as Shanxi and Inner Mongolia have recorded many workers off sick.

While the lifting of restrictions is expected to raise coal demand from non-utility sectors such steel and cement in the medium term, the surging COVID cases have forced factories to cut back output because of labour shortages.

The slowdown in industrial demand has continued into January and is expected to persist through the Lunar New Year holiday at the end of this week.

China’s coal production is expected to expand further in 2023 amid Beijing’s emphasis on bolstering energy security. The country is assessed to have approved 260 million tonnes of coal mining capacity in 2022, bringing total capacity to 5.05 billion tonnes.

The National Development and Reform Commission also urged utilities to expand term contracts with domestic miners in 2023, which should prompt miners to further boost their output.

(Reporting by Andrew Hayley in London and Muyu Xu in Singapore; Editing by Christian Schmollinger) 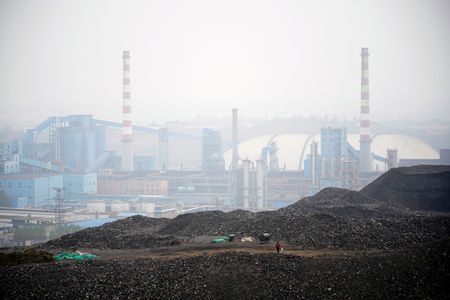 This is Why Lithium Americas Could Accelerate Higher

Airbus sales chief says about time Boeing got back some steam