On Wednesday, the People’s Bank of China (PBOC) said it offered 50 billion yuan ($7.72 billion) through seven-day reverse repos into the banking system, whereas it mostly only injected 10 billion yuan each day during the month.

The central bank on its website said the move was to “maintain stable liquidity conditions at the end of the month”.

In a separate statement posted on late Tuesday, the PBOC said it would auction another 70 billion yuan worth of one-month cash deposits on Friday.

Traders said although the volume was not huge, the official intention was clear enough to support general liquidity and lift market sentiment.

The volume-weighted average rate of the benchmark overnight repo traded in the interbank market, fell to 2.2025% on Wednesday morning, down 6.6 basis points (bps) from its previous close, which was the highest since June 22.

Ming Ming, head of fixed income research at Citic Securities, expects the central bank to maintain a loosening bias in the near term.

Issuance in August has so far risen to about 860 billion yuan, according to Reuters calculations based on official statistics, more than 30% above July’s total issuance and not far from this year’s high of 875.3 billion yuan in May.

The pace of local government borrowing has been generally slow this year, with a total of about 1.35 trillion yuan issued in the first seven months, around 36% of this year’s special bond quota of 3.65 trillion yuan.

“If some infrastructure projects have to rely on the issuance of local government bonds then the government should have an intention to lower bond yields,” said Iris Pang, Greater China economist at ING.

“To achieve this, PBOC can cut the required reserve ratio (RRR) by 0.5 percentage points in the fourth quarter of this year.”

ING has scaled down its China GDP growth forecasts for the second half of 2021, citing disruptions from micro chip shortages and COVID outbreaks as the two main reasons. It now expects third-quarter growth of 4.5% year-on-year and 5.0% in the fourth quarter. 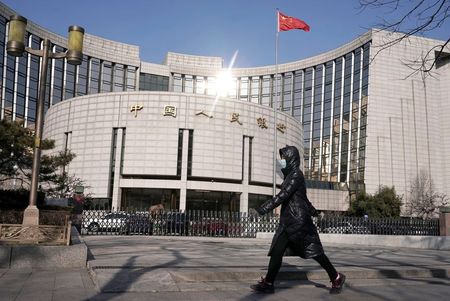