SHANGHAI (Reuters) – China’s central bank increased its short-term fund injection this week by offering the most cash on a net basis in nearly seven months to meet higher cash demand towards the month-end.

The People’s Bank of China (PBOC) said it offered 50 billion yuan ($7.71 billion) through seven-day reverse repos into the banking system on Friday for the third straight session.

Previously, the PBOC usually only injected a minimal 10 billion yuan during the month.

The central bank attributed the higher daily injection to “maintain stable liquidity conditions at the end of the month”.

For the week, the PBOC has injected a net 120 billion yuan into the banking system, the largest weekly injection since the start of February. 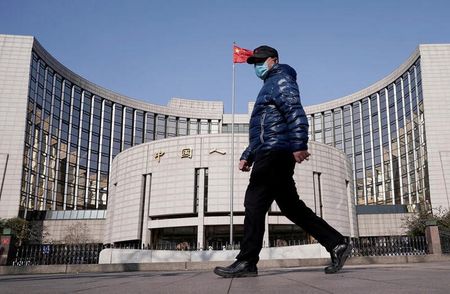 Nissan sees cost of quitting Barcelona at up to $1.7 billion, source says

Investors are waking up to a possible Biden victory in U.S. presidential election