BEIJING (Reuters) -Advisers to China’s government will recommend authorities set a 2022 economic growth target below the one set for 2021, giving policymakers more room to push structural reforms amid growing challenges to the outlook.

Investors are closely watching for clues on next year’s policy and reform agenda as President Xi Jinping and other top leaders hold the annual Central Economic Work Conference due this month.

Three advisers told Reuters they have drafted recommendations for annual economic growth targets ranging from as low as 5% to 5.5%, ahead of the closed-door conclave, down from the “above 6%” target set for 2021.

“It’s necessary to maintain economic stability next year as we unveil a new leadership, and we need some counter-cyclical policies to cope with economic pressures.”

Another of the advisers, from a top government think tank, recommended a target of above 5% for next year.

The advisers make policy proposals to the government but are not part of the final decision-making process. It was not known when the recommendations would formally be made. The advisers spoke on condition on anonymity.

A Reuters poll in October showed economists expect China’s growth to slow to 5.5% in 2022, but some analysts have since trimmed forecasts on fresh risks such as a deteriorating real estate sector. The new Omicron coronavirus variant is also seen adding risks.

Top leaders traditionally endorse a growth target at the December meeting, which is then publicly announced at the opening of the annual parliament meeting, usually held in March.

The world’s second-largest economy faces multiple headwinds heading into 2022, due to a property downturn and strict COVID-19 curbs that have impeded consumption.

The economy, which staged an impressive rebound from last year’s pandemic slump, has lost momentum in recent months as it grapples with slowing manufacturing, massive property market debt and new COVID-19 outbreaks.

Policymakers are likely to boost monetary and fiscal support next year to help the slowing economy, having focused on fending off real estate bubbles this year.

“We expect the macroeconomic policy stance to ease in response to the downward pressure on growth,” Louis Kuijs at Oxford Economics said in a note.

“Policymakers remain keen to contain financial risks and leverage, and have become more tolerant to reduced growth. However, in our view Beijing still cares deeply about growth and wants to avoid a sharp slowdown.”

At last year’s economic work meeting, leaders vowed to use the recovery to focus on structural reforms.

Setting a modest growth target of “above 6%” for 2021 in March – well below the over 8% rate forecast by analysts at the time – gave policymakers more room to make ostensibly painful but necessary economic changes.

But regulatory crackdowns on tech, education and entertainment have raised questions about the future of China’s private sector growth.

“As President Xi Jinping has secured an unprecedented third term, we expect his ambitious reforms to continue. His ‘New Development Concept’ puts less emphasis on economic growth,” ANZ said in a note, forecasting a wider target range of 4.5–5.5%.

But some analysts believe new pressures could limit the near-term scope for reform.

Following a broad-based cut to reserve ratios in July, the central bank has since defied market expectations for further policy easing.

China is likely to unveil a new property tax pilot in several major cities next year, with potential candidates including Shenzhen, Hangzhou and Haikou, according to analysts. 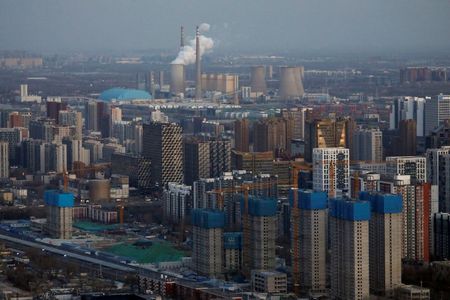