HOUSTON (Reuters) -Texas petrochemical producer TPC Group filed for bankruptcy protection on Wednesday with a plan to hand over control to its lenders, after struggling under costs and legal claims from a 2019 fire.

The Houston-based firm filed for Chapter 11 in U.S. Bankruptcy Court for the District of Delaware with plans to eliminate $950 million of $1.3 billion in secured debt and shed liabilities from an explosion and fire at its plant in Port Neches, Texas. The company had negotiated and agreed the deal with debt-holders.

The largest North American processor of the petrochemicals butane and butadiene, plans to continue operations while it restructures, said Chief Executive Edward J. Dineen in a statement. The chemicals are used in manufacturing of plastics, tires and gasoline.

The company faces federal and state investigations over the Port Neches fire, and is in negotiations with a committee representing some 7,000 claims for property damage, business interruption and personal injury, according to court filings.

The fire was “a critical event leading to” the bankruptcy, according to a court filing. The pandemic later cut into its business, cutting 2020 revenue nearly in half compared to 2019, and a winter storm in 2021 also hit sales, it said. 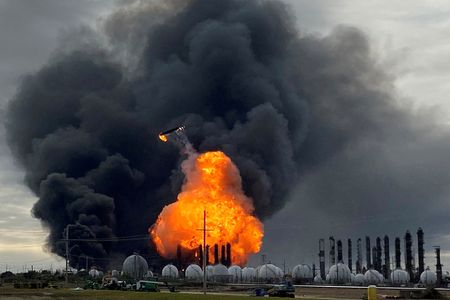