By Tom Sims and Frank Siebelt

FRANKFURT (Reuters) -Cerberus’ sale this week of part of its sizeable holdings in Deutsche Bank and Commerzbank is likely the first step to a full exit from the lenders by the U.S. investor, said two people with knowledge of the matter.

For years, profits in the financial industry of Europe’s largest economy have been under pressure, as banks face stiff competition, high expenses, and ongoing low interest rates.

But Cerberus in 2017 bet big on Germany by buying a 3% stake in Deutsche Bank and a 5% stake in Commerzbank, a move that the two people said was meant in part to capitalise on the prospect of bank mergers.

Since then, the two top lenders have tried and failed to join forces to create a single national banking champion, instead embarking on separate restructurings.

Cerberus, which raked in $500 million in proceeds in Monday’s partial sale of the stakes, didn’t respond to requests for comment.

By mid-afternoon on Tuesday, Deutsche Bank shares were down 1%, while Commerzbank was 5.2% lower.

The two banks’ overhauls – involving major job cuts and the closure of some business lines – have helped stabilise the lenders, and their stock is well off lows recorded in 2020.

But Deutsche Bank’s shares are still down more than 20% and Commerzbank’s more than 30% since Cerberus first bought in, and regulators and analysts say German lenders remain fragile.

“Cerberus has finally recognised that there is no longer any realistic chance of a merger between Deutsche and Commerzbank,” said Klaus Nieding of shareholder lobby group DSW.

In November, S&P lifted its rating on Deutsche, citing “tangible benefits” of its restructuring, but noted that most competitors “have greater business stability and stronger, more predictable profitability”.

The same month, it said that Commerzbank’s restructuring entails a high degree of risk and that it didn’t foresee any improvement in profit before the end of this year.

Cerberus pared its holding of Deutsche Bank to 2% from 3%, and its Commerzbank stake to 3% from 5%.

Nonetheless, Cerberus has had a big impact on strategy. In 2020, for example, it launched a vocal campaign for major changes at Commerzbank, prompting a management reshuffle, thousands of job cuts and the closure of bank branches.

Andreas Thomae, a portfolio manager at Deka, a big investor in the German banks, said he thought Cerberus was taking advantage of a recent rise in the banks’ shares and didn’t expect a change in strategy by the lenders as Cerberus retreats.

“Both banks are on a good path to recovery,” he said.

In some ways, Cerberus’ holdings in the banks have been unusual because the firm tends to hold majority stakes in non-publicly traded companies, but it is not unusual for private equity investors to exit their holdings after three or five years. 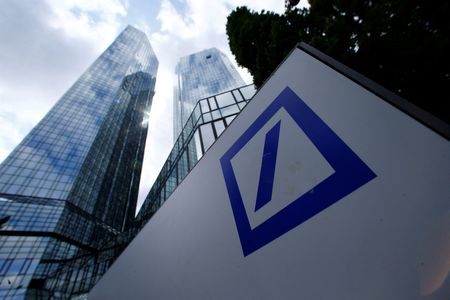 U.S.-EU trade, technology body to meet in Europe in 2022-Tai

China non-committal on U.S. ‘drop in the ocean’ oil release