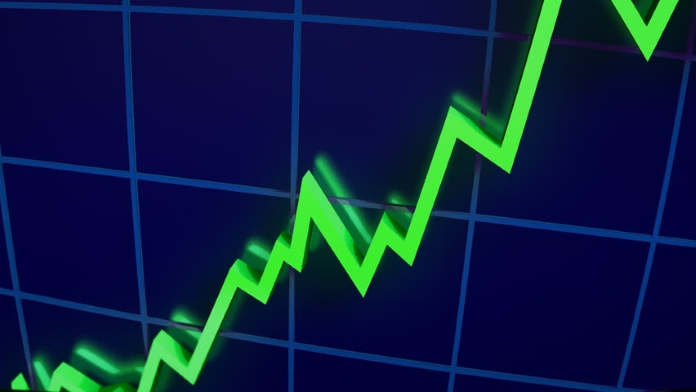 Thursday saw a different light at the US stock market as the major indices saw a slump at the early trading hours but made up ground throughout the day to end in the positives. The DOW Jones Index extended its swing of 1000 points straight to the 9th trading session on Thursday. However, the index ended the day in the green zone as investors finally gave in to the fact that government fiscal measures and coronavirus containment can work and bring better luck to the market. The Euro bond-buying program of worth 750 billion Euros by the European Central Bank was the major reason why the market constantly twitched throughout the day.

The infusion of cash by Federal Reserve for the mutual fund market also brought back some faith as investors believe that mutual funds are the best place for them to keep their money at this time. The boost from Fed in the money market is the 7th major emergency action that they have taken in 1 week. All the news about fiscal stimulus, government measures and the count of coronavirus doing the rounds left investors more or less confused regarding where to put the money. This is one of the biggest reasons why the market constantly scaled up and down throughout the day on Thursday.

The question is whether the market is in a recession or not. Given the fact that no one, even the best of doctors in the world have no idea of when this virus spread will be finally stopped, everyone remains dicey. The magnitude of this economic decline isn’t perceivable at this moment even by the top stock market experts.

The DOW closed at 20087 points that had a gain of nearly 1% or 190 points to be precise. The steep decline of about 1300 points on Wednesday had wiped off all the gains the market had made since Trump took over as the President. Also, the DOW fell below 20000 points for the first time in the last 3 years which in itself was pretty panicky for all the traders and investors. On the other hand, the S&P 500 inched up by 0.5% to end the day at 2409 points. The tech stocks were the best performers for the day as they had come up with a gain of 2.3% for the Nasdaq index on Thursday. The record jump in oil prices of around 25% was the major reason why S&P index summed up in the positive zone. The leaders of the DOW index were McDonald’s, Walt Disney and Goldman Sachs. For the Nasdaq, the stocks of Google parent Alphabet and Microsoft did the job and earned the index some gain after days of decline.

U.S. sues Visa to block its acquisition of Plaid

Google presses for quicker release of documents in lawsuit

By Renju Jose and Jonathan Barrett ...