PARIS (Reuters) -French retailer Casino said in a statement it had launched a process to sell its renewable energy unit GreenYellow with a view to a potential transaction by the end of the year, sending its shares up 3.6%.

Casino, which said its statement was in response to market rumours reported by the press, said no binding offer had been received by Casino to date, and no final decision had yet been made on this project.

Les Echos reported last week that Casino, which owns 76% of GreenYellow, had appointed Rothschild and four other banks for the sale of the company.

Casino, which last month reported that group sales had returned to growth in the first quarter, has also embarked on selling off non-core assets to cut its debt in recent years. 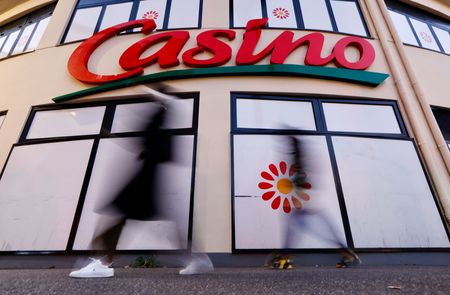 Be ready to lose all your money in crypto, EU regulators warn