Alexandre Bompard was chosen as candidate to be the chairman of Carrefour Brasil’s board and Abilio Diniz as candidate for vice chairman, it said in a securities filing. The vote is scheduled for July 7.

Bompard is the chairman and chief executive officer of France’s Carrefour SA, while Brazilian businessman Diniz holds a stake in the company through his Peninsula investment holding.

“Before, Brazil traveled to France, that is, executives from Brazil went to France. Today, French leaders come to Brazil,” Diniz told reporters this morning.

Both Carrefour and Peninsula, as well as private company Carrefour Nederland BV, have signed the new shareholders agreement as they look to strengthen the company’s governance standards, it said.

The move comes as Carrefour Brasil, also known as Atacadao SA, completed its acquisition of food retailer Grupo BIG nearly a year after first announcing the deal, which valued BIG at about $1.3 billion.

Carrefour Brasil in the filing said the deal gave it a market share more than double that of its nearest rival and coverage of all Brazilian regions. 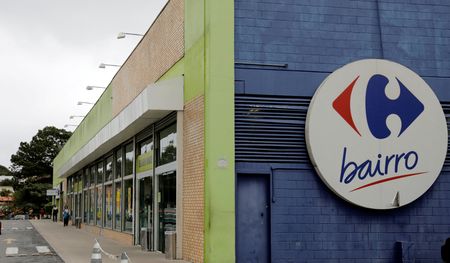 Tata Motors maps out long-range EVs for India and beyond