By Nia Williams and Rithika Krishna

Pipeline operators are benefiting from a recovery in shipping volumes as energy prices touch multi-year highs on the back of strengthening global fuel demand.

Enbridge said it transported 2.6 million barrels per day (bpd) on its Mainline system in the third quarter, 4.6% higher than a year ago, and said it expects average throughput to be around about 2.95 million bpd for the current quarter.

Rival TC said its increased earnings for the quarter were partly due to higher transportation rates on its Columbia gas pipeline network.

Enbridge’s adjusted earnings rose 23.2% to C$1.2 billion ($961.92 million), or 59 Canadian cents per share, in the third quarter. Analysts, on average, were expecting 57 Canadian cents, according to Refinitiv IBES. 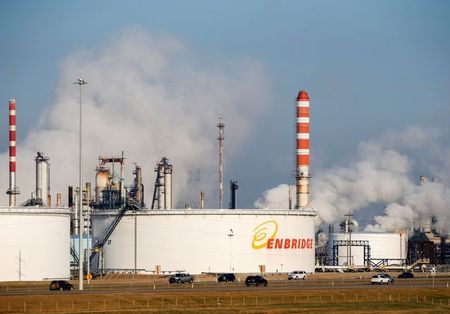 EU watchdog tells banks to have a 10-year climate plan

Rivian valued at $93 billion on debut, after world’s biggest IPO...