TORONTO (Reuters) – Canadian banks’ third-quarter earnings are set to decline from the prior quarter as capital markets revenues ease after several strong periods, but they are expected to jump from a year ago as loan growth recovers and provisions for credit losses (PCL) drop.

Average adjusted profit across Canada’s six biggest banks – Royal Bank of Canada, Toronto-Dominion Bank, Bank of Nova Scotia, Bank of Montreal, Canadian Imperial Bank of Commerce and National Bank of Canada – is expected to fall about 5% in the three months through July from the second quarter, but rise about 40% from a year earlier.

Canadian banks have beaten analysts’ estimates in recent quarters, thanks to strong deal flows and asset management fees, and the clawback of some of the capital set aside last year to cover a potential spike in loan losses, even as commercial and credit card lending remained weak and deposits surged.

“With economic activity continuing to normalize with reopenings, we expect to see better loan growth,” said Sun Life Global Investments Portfolio Manager Chhad Aul. “Net interest margins will be another key contributor; with that big surge in longer-term yields, we finally (had) a steeper yield curve.”

This benefits banks by allowing them to borrow at low interest rates and lend at higher ones.

Analysts at Canaccord Genuity and Credit Suisse expect pullbacks in capital markets businesses from the prior quarter.

Top of investors’ minds is banks’ plans for their excess capital, built up following a March 2020 moratorium on dividend increases and share buybacks, which is expected to be lifted this year.

Even after the regulator raised the capital buffer banks must hold to guard against risks in June, the biggest banks had about C$51 billion ($40.41 billion)of excess capital.

“The biggest thing I would want to know as an investor is… about dividend increases and share buybacks,” said Chris Blumas, portfolio manager at Raymond James Investment Counsel. “Any type of guidance on updated payout ratios… any type of colour on what the capital priorities are long term would be helpful.”

The Canadian banks index has risen 25% this year, compared with a 16% gain in the Toronto stock benchmark. They are trading at about 11 times forward earnings, slightly above their historical average, versus 11.7 times for the biggest U.S. banks.

The banks could again release some PCLs, Credit Suisse analyst Mike Rizvanovic said in a note on Wednesday, estimating provisions of C$1.3 billion, a fifth of what they set aside a year earlier. Recoveries on performing-loan PCLs will more than offset an expected increase in provisions for impaired loans, he added.

However, with COVID-19 cases once again inching higher, recoveries may be slow to materialize this quarter, Visano said.

BMO and Bank of Nova Scotia will kick off earnings reporting on Tuesday, and they will be followed by RBC and National Bank on Wednesday, and CIBC and TD on Thursday. 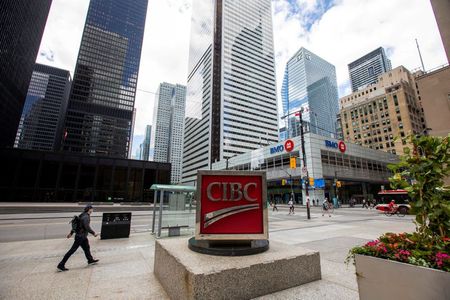 Tesla has a shot at producing 500,000 cars this year, Musk says in memo