Centerra said the Chapter 11 filing would have no financial or operational impact on it or any other areas of its business, including the Mount Milligan mine in Canada, the Oksut Mine in Turkey and its molybdenum business in North America.

Kumtor, Kyrgyzstan’s largest foreign investment project, was operated by Centerra. However, the government of the Central Asian country seized the mine, prompting the Canadian miner to seek redress in an international court.

Kyrgyz lawmakers in early May passed a law giving the state power to temporarily take control of the mine and appoint “external management” to address alleged environmental and safety problems.

Centerra said bankruptcy proceedings would prevent further efforts by the Kyrgyz government to strip Kumtor Gold of its assets or otherwise “improperly dispose” of the Kumtor mine in violation of its investment agreements with the company.

Representatives for the Kyrgyz government could not immediately be reached by Reuters for comment.

Centerra said the court-supervised restructuring provides for a worldwide automatic stay of all claims against the Kyrgyz business units, which it said are currently solvent.

The Canadian miner said that while it hopes the process will facilitate talks, it will continue to pursue arbitration proceedings to enforce agreements with the Kyrgyz government.

“Those agreements are governed by New York law, and we expect the U.S. court proceedings will serve to further protect Centerra’s interests under their terms pending a restructuring or other resolution of the dispute,” Centerra Chief Executive Scott Perry said in a statement.

Centerra has suspended its 2021 production guidance and three-year outlook for Kumtor, which last year produced more than 556,000 ounces (15,762 kg) of gold.

The miner said it would also conduct a strategic review of its ownership of the subsidiaries “in light of recent events involving the Kumtor mine”. 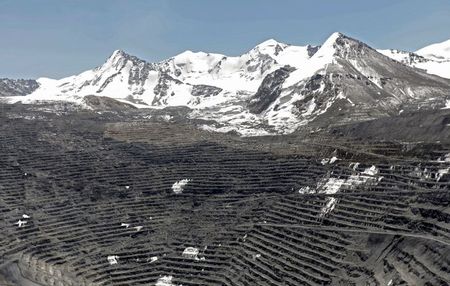 Robinhood seeks up to $35 billion valuation in mega U.S. IPO

JPMorgan Chase on opening bank branches: 200 down, 200 to go

Exclusive-UniCredit working with AMCO to offload risk on 11.8 billion euros...