OTTAWA (Reuters) – Canada lost more jobs than expected in May amid continued lockdowns to curb a harsh third wave of COVID-19, data showed on Friday, but economists were quick to predict a rush of hiring in June as those restrictions ease.

Some 68,000 jobs were lost in May, Statistics Canada said, more than the average analyst forecast for a loss of 20,000. The unemployment rate climbed to 8.2%, in line with expectations. Employment is now 3% below pre-pandemic levels, Statscan said.

“I am hopeful that this is the last down-print we have before we release a fury of hiring activity starting in June,” said Derek Holt, vice president of Capital Market Economics at Scotiabank.

Many Canadian provinces are easing restrictions as new COVID-19 infections plummet and more Canadians get their jab. Canada has administered first doses to about 60% of its adult population, with just over 6% fully vaccinated.

That should bolster the reopening of “high-contact” service sectors, where employment remains furthest below pre-pandemic levels, with hiring set to ramp up in subsequent months as businesses respond to a surge of pent-up demand.

“With households sitting on an exceptionally large stockpile of savings built up during the pandemic, that recovery could accelerate relatively quickly over the summer,” said Nathan Janzen, senior economist at RBC, in a note.

While the Canadian economy has not weathered the third of wave of infections quite as well as it did the second, the expected second-half boom should allow the Bank of Canada to look past the disappointing May numbers, economists said.

“The Bank of Canada will fully look through it,” said Holt. “(The data) will be less choppy as we go into the second half of the year.”

The Bank of Canada is expected to taper its asset purchase program again in the third quarter and has signaled it could start hiking rates as soon as late 2022.

Part-time and full-time employment both dropped in May, and jobs were lost in the goods sector for the first time since April 2020.

Long-term unemployment held relatively steady, while the participation rate for core-age women fell for the second consecutive month in May, dipping back below pre-pandemic levels. 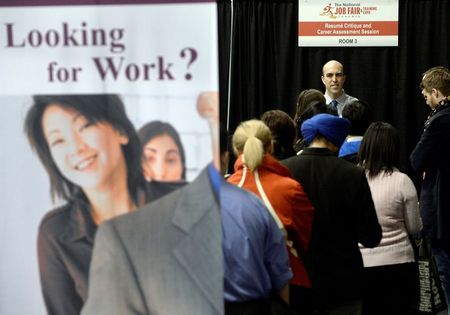 BMW CEO expects chip supply to remain tight for another 6-12...