(Reuters) – ArcLight Capital Partners has hired one of Blackstone Inc’s most senior oil and gas dealmakers, according to people familiar with the matter, an example of a specialized buyout firm seeking to capitalize on a major peer throwing in the towel on the sector.

Many of the world’s biggest private equity firms such as Blackstone have retrenched from investments in the U.S. oil patch after a boom in shale production in the mid-2010s fizzled, eviscerating their returns. The shift to environmentally sustainable investing, as climate change became a grave concern, also contributed.

This has left the U.S. oil and gas sector to energy-focused money managers and a handful of other private capital providers, who are now taking advantage of diminished competition to strike deals and hire talent as energy prices rebound.

Angelo Acconcia will join ArcLight, a Boston-based private equity firm that focuses on pipelines, utility infrastructure and the energy transition, in the spring as a senior managing director, said the sources, who spoke on condition of anonymity as the appointment has not been made public.

ArcLight did not respond to a request for comment. A spokesperson for Blackstone said: “We appreciate Angelo’s many contributions to the firm and wish him well in his future endeavors.”

The run-up in energy prices in the last 12 months has raised valuations of oil and gas assets, allowing buyout firms to sell longstanding investments and focus on other areas. Among Blackstone’s exits in 2021 were listing and then selling gas producer Vine Energy to Chesapeake Energy Corp for $615 million, and divesting natural gas-focused GEP Haynesville to Southwestern Energy Co for $1.85 billion.

Acconcia is on gardening leave, after leaving his role as a senior managing director at Blackstone in November, the sources said. That ended a 17-year career at the alternative investment manager where he played a significant role in shaping the firm’s energy investments in the previous decade.

Since its founding in 2001, ArcLight has deployed about $25 billion of capital across 113 investments in the energy space, according to its website.

Among its recent deals was agreeing in February 2021 to acquire for $830 million a 25% stake in Natural Gas Pipeline Company of America, one of the largest interstate pipeline systems in the country. 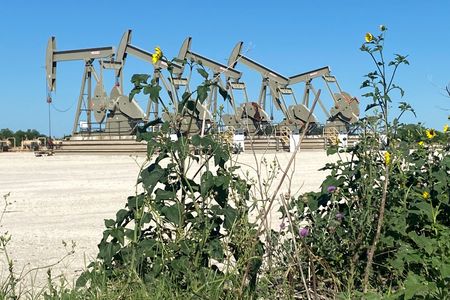 Goodyear CEO Rich Kramer on rolling along in a crisis

Online merchants linked to QAnon down, but not out, following platform bans

By Manas Mishra and Carl O'Donnell ...