By Eva Mathews and Stephen Nellis

(Reuters) -Broadcom Inc forecast current-quarter revenue above Wall Street expectations on Thursday, as the semiconductor firm is set to benefit from the rising adoption of 5G technology.

As the global rollout of 5G ramps up, strong demand for higher-priced chips used in smartphones will benefit Broadcom, which counts iPhone maker Apple Inc as a major customer in its wireless chip division.

The company, which also makes chips for data centers and servers, estimates third-quarter revenue to be about $6.75 billion, exceeding analysts’ estimates of $6.6 billion, according to Refinitiv IBES data. The company’s fiscal third-quarter estimates typically include ramping up production for the launch of Apple’s iPhones in the fall.

Shares were flat after the results.

On a conference call with investors, Chief Executive Hock Tan said demand in the company’s wireless segment was higher than expected in the just-ended fiscal second quarter, which could result in less demand in the fiscal third quarter.

He also said that long-term supply contracts such as the one with Apple give Broadcom “the confidence to invest in R&D to make (capital expenditure) capacity investment. And in return, we offer the best leading-edge technology in specific areas in a timely manner to our critical customers.”

Broadcom has been working to allocate the chips it can get to end market demand for electronics rather than to customer stockpiling, an effort analysts said seems to be working. “While our industry checks do indicate significant double ordering in Broadcom’s supply chain, we think Broadcom’s customers are still unable to build much buffer inventory,” said Kinngai Chan, an analyst at Summit Insights Group.

Revenue rose to $6.61 billion in the second quarter ended May 2, from $5.74 billion a year earlier. Analysts had expected revenue of $6.51 billion.

On an adjusted basis, the company earned $6.62 per share, beating estimates of $6.43 per share, according to Refinitiv data. 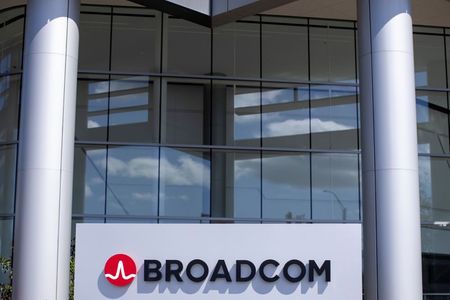 Thoma Bravo to buy SailPoint for $6.1 billion in cybersecurity push

Apple dives deeper into autos with software for car dashboard