LONDON (Reuters) -Britain’s BT confirmed its outlook for this year and next after reporting a 3% decline in first-half revenue to 10.3 billion pounds ($14.07 billion) driven by drops in services to multinational companies and a flat performance in consumer.

The company, which recently strengthened its defences against a possible takeover bid from its largest shareholder Patrick Drahi, reported adjusted core earnings of 3.75 billion pounds, up 1%, helped by tight cost management.

It also quantified an expected long-term rise in free cash flow once it had built the bulk of its full fibre network, giving investors a hint of what they can expect.

“Looking further out, as we pass the peak of our fibre build and move towards an all-fibre, all-IP network, we expect a reduction in capex of at least 1 billion pounds and lower operating costs of 500 million pounds,” he said.

That would result in an increase in free cash flow of at least 1.5 billion pounds by the end of the decade, he said.

Franco-Israeli telecoms tycoon Drahi bought a 12.1% stake in BT in June. He said he did not intend to make a takeover offer, ruling him out of such a move for six months under UK rules.

That pledge expires next month.

BT has appointed boutique advisory firm Robey Warshaw to help its defence against a takeover, while it said on Monday it had delivered its 1 billion pound cost saving target 18 months ahead of schedule. 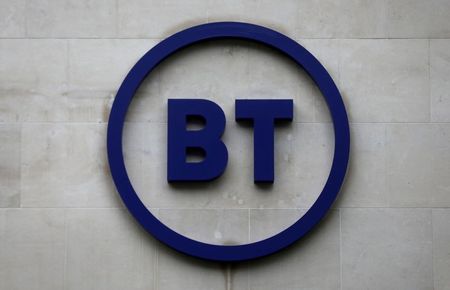 Profits at U.S. hospital chains may come under stress from nursing shortage

Tesla climbs as other EV makers hit brakes after rally