NEW YORK (Reuters) -Bristol Myers Squibb Co was sued for $6.4 billion on Thursday for allegedly delaying its Breyanzi cancer drug to avoid payments to shareholders of the former Celgene Corp, which the drugmaker bought in 2019.

According to a complaint in Manhattan federal court, Bristol Myers failed to use contractually required “diligent efforts” to win U.S. Food and Drug Administration approval for the non-Hodgkin lymphoma drug by a Dec. 31, 2020, deadline.

By missing the deadline, Bristol Myers was excused from owing an additional $9 in cash to Celgene shareholders for each share they held, enabling it to acquire Celgene at an “enormous discount” and enjoy a “windfall,” the complaint said.

Bristol Myers bought Celgene for $80.3 billion in cash and stock in November 2019. It won FDA approval for Breyanzi, whose chemical name is lisocabtagene maraleucel, on Feb. 5.

The lawsuit was brought by UMB Bank NA, acting as a trustee for Celgene’s former shareholders.

“We will not be commenting on pending litigation,” Bristol Myers said in a statement.

The $9 per share “milestone” payment had been contingent on New York-based Bristol Myers winning FDA approval by specified deadlines for three drugs that Celgene had been developing.

UMB said Bristol Myers withheld or belatedly submitted critical information to the FDA for Breyanzi’s approval, and did not prepare its manufacturing plants for required inspections.

“Other cellular therapies based on similar technology have received FDA approval without the issues and ineptitude that plagued Bristol Myers, and in substantially less time,” UMB said.

Bristol Myers won FDA approval for the two other Celgene drugs, Zeposia for multiple sclerosis and Abecma to treat multiple myeloma, by the specified deadlines. 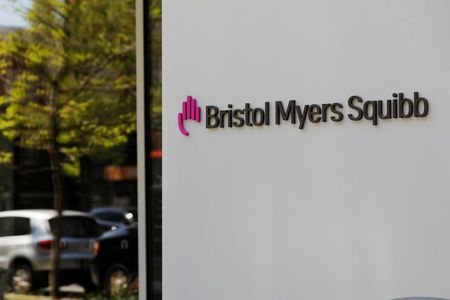 COP26 message to business: clean up to cash in

Exor increases stake in telecom operator Veon to more than 5%