NEW YORK (Reuters) – A former executive at the Port Authority of New York and New Jersey whose conviction in the 2013 “Bridgegate” scandal was overturned sued his former employer on Wednesday, saying it reneged on its obligation to cover his legal bills.

Bill Baroni, who was a Port Authority deputy executive director, said the agency’s bylaws required it to reimburse officers who successfully defend against criminal charges for actions they undertook in office.

Baroni is seeking $4 million in compensatory damages, according to papers filed in a New York state court in Manhattan. The amount of his legal bills was unclear.

“In light of the evidence, the Port Authority declined to make any payment,” the agency said in response to the lawsuit.

Prosecutors said the scheme was intended to punish Fort Lee’s Democratic mayor for refusing to support the reelection of Christie, a Republican.

But the U.S. Supreme Court unanimously overturned Baroni’s and Kelly’s convictions in May 2020, saying their abuse of power was not a federal crime.

Christie denied involvement in the scheme and was not charged.

Baroni said the Port Authority is defending its refusal to reimburse him by arguing that his actions were outside the scope of his job.

“The Supreme Court unanimously ruled that Bill Baroni did not commit a crime and the case against him was dismissed,” Baroni’s lawyer Michael Levy said in a statement. “He is entitled to have his defense costs reimbursed.” 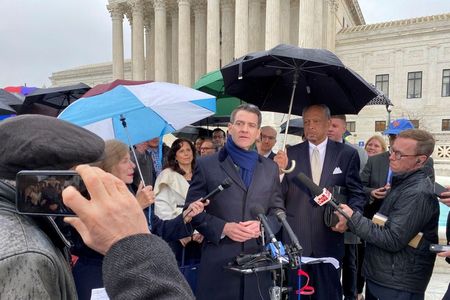 Analysis-I know what you’ll do next summer: bets grow that the...